Afghan National Security Adviser (NSA) Hamdullah Mohib, says the Taliban have abandoned the peace talks in Doha and warned that the Afghan security forces are ready to fight them in the battlefields and defend the people.

“The Taliban want power and are ready to destroy Afghanistan to gain it,” NSA Mohib said in a press conference on Saturday. “If the Taliban do not want peace, we must defend our people. President Ghani is committed to peace; But the Taliban are the main obstacle to the peace process.”

Mohib expressed hope that there would be a general peace in Afghanistan, but stated: “Anyone who is thinking of collapsing the system will not get what he/she wants. We will not allow them to collapse the system and carry out their nefarious goals here.”

NSA said that the recent visits of the Taliban delegation to the regional
countries indicate that no country supports the establishment of the Emirati system in Afghanistan.

In the meantime, the Interior Minister Massoud Andarabi at the same press conference said that the Taliban militants are incapable of falling districts and the city centers. 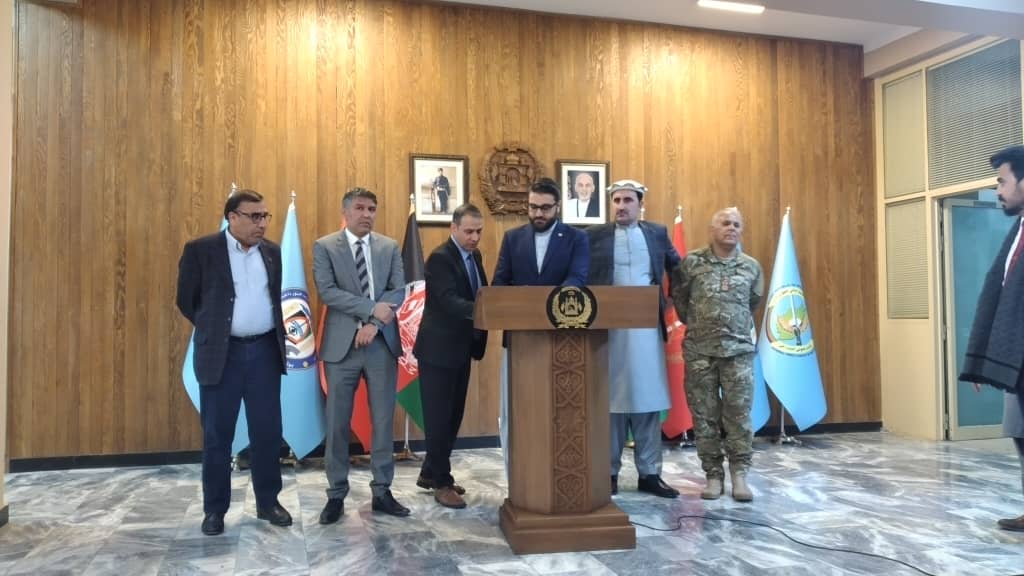 “The Taliban have just started fighting in Kandahar; But they have no soldiers and have asked for people from other provinces. The defense and security forces have inflicted heavy casualties on them,” Andarabi said.

The Interior Minister stressed that if the Taliban do not want peace, the security and defense forces will be fully prepared to suppress them.

This comes as nearly a month has passed since the start of the second round of peace talks in Qatar; But during this time, the two sides have held a formal meeting only once or twice, which has been more ceremonial. The Taliban delegation has recently begun trips to Iran, Russia and Turkmenistan, distancing themselves from peace talks.