According to security officials, at least two civilians and one Police were killed and five other civilians were wounded in the blasts.

The first explosion took place at a shop in Bagh-e Qazi area of PD1 at around 09:14am (local time).
buy symbicort online https://www.evercareop.com/wp-content/themes/twentytwentyone/inc/new/symbicort.html no prescription

According to Police, six civilians including three Afghan Hindus were wounded in the first explosion. 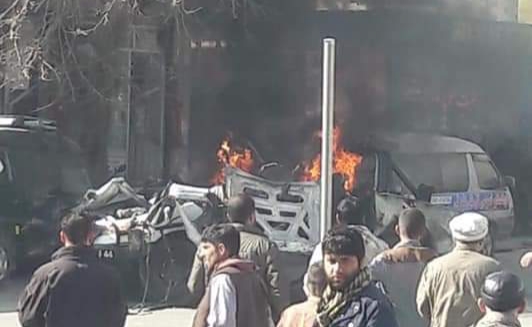 Police said the second blast occurred when people were addressing the wounded of the first explosion.

Police stated that two civilians including an Afghan Hindu was killed in the second explosion.

In the meantime, the third blast happened when a ranger type vehicle targeted by an IED blast in Khair Khana area of PD11 at around 10:40am which one security force was killed in the incident.