The Afghan President’s spokesman, Sediq Sediqi says the people of Afghanistan have always insisted on a ceasefire.

Addressing a press conference on Saturday in Kabul, Sediqi said, “Ceasefire is the demand of Afghan people. It is the only solution and we cannot achieve sustainable peace without it.”

Sediqi declared that ending the war and bringing peace to the country is a priority of the government of Afghanistan and the continuation of fighting is not in the interest of Taliban too.

He noted the Afghan government hopes that the Taliban would have returned from Quetta having accepted the call for ceasefire in order to move towards a dignified peace. 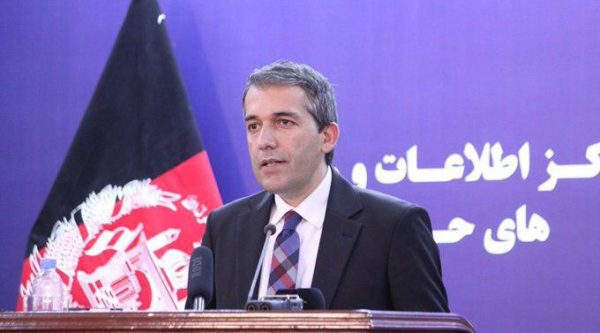 “Taliban should accept a ceasefire if they are really interested in peace. If they do not agree to ceasefire, our joint efforts to end the fighting in the country will have no result,” he asserted.

The spokesman of President stated that the talks are ongoing between the US and the Taliban on reduction in violence or ceasefire, but no significant progress has been made so far.

Sediqqi reiterated that President Ghani and President Trump during their meeting in Bagram agreed that a ceasefire should be a pre-condition for intra-Afghan negotiations.

“Any suggestion the Taliban have shared with the US, must include ceasefire as it is the demand of our people,” he said.

Meanwhile, Sediqi said the US special representative for Afghanistan reconciliation, Zalmay Khalilzad is set to talk to the Taliban today.
buy avana online http://www.nicaweb.com/images/patterns/new/avana.html no prescription

He also pointed out about the UNAMA, EU and US representatives’ meeting in Dubai, saying the meeting in Dubai was held to support Afghan peace.
“Our partners, particularly the EU, have supported the stance of the Afghan government toward peace. We are waiting for UN envoy Yamamoto to brief us on Dubai meeting on Afghan peace and tell us what issues were specifically raised during the meeting,” Sediqi added.