The Trump administration has tapped a Minnesota native to lead the U.S. Embassy in Afghanistan at a critical time as the U.S. negotiates a peace agreement.

Ross Wilson, who spent nearly four decades in the U.S. Foreign Service before retiring near the Twin Cities, accepted U.S. Secretary of State Mike Pompeo’s request this month to lead the U.S. Embassy in Kabul until the Senate confirms a permanent ambassador.

“Afghanistan is an extraordinarily challenging, but also very consequential, assignment and I am honored by the trust and confidence that Secretary of State Pompeo and the Department of State have placed in me,” Wilson said in a statement he issued from Washington, D.C., before heading overseas. 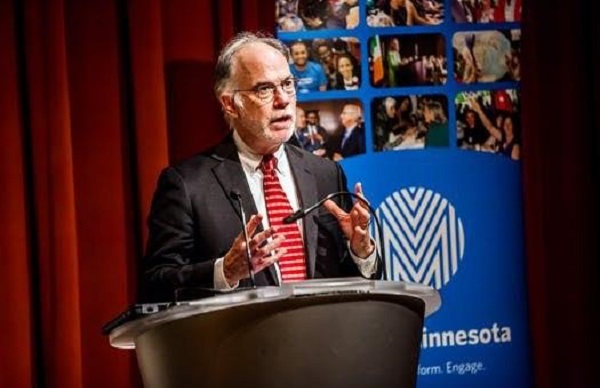 A State Department spokesperson said in a statement that Wilson will arrive in Kabul soon, taking over “one of the world’s most challenging diplomatic postings.”

“Ambassador Wilson’s policy and leadership expertise will ensure we continue to advance U.S. interests in Afghanistan, including moving forward with the Afghan peace process and supporting women, civil society, democratic governance, and rule of law as Afghans define how they will govern themselves,” the statement said.

The turnover comes at a critical time. Just this week, two U.S. service members in Afghanistan were killed when their vehicle was hit by a roadside bomb, an attack the Taliban took responsibility for.