US Defense Department said on Friday that a U.S. Army Ranger died from gunshot wounds he sustained during combat operations in Afghanistan this past Saturday.

Meddock was medically evacuated to the medical center to undergo surgery but succumbed to his injuries while surrounded by his family. 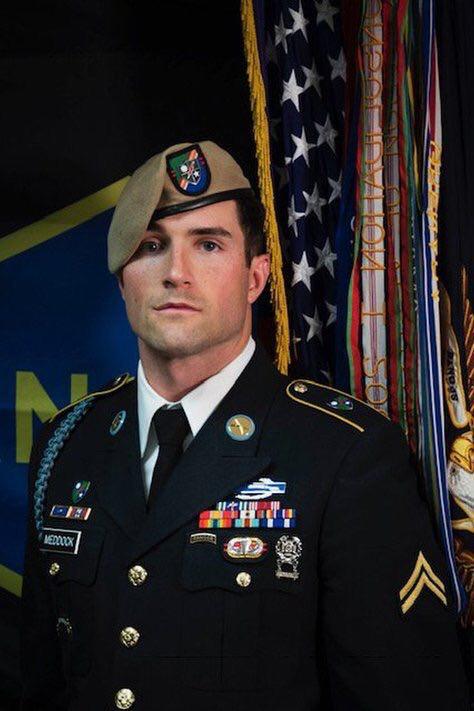 Meddock, a U.S. Army Ranger and fire team leader with Company A, 2nd Battalion, 75th Ranger Regiment based at Joint Base Lewis-McChord, Washington, was on a reconnaissance mission under the cover of darkness in the northwest province of Badghis when a sniper shot him in the head while his team approached a building.

It was his second deployment to Afghanistan; his wife is expecting their first child, a boy, in May.

“Sergeant Cameron Meddock is one of America’s precious Sons. The entire Nation should strive to emulate the Warrior, Patriot, and Husband that Cameron was,” said Colonel Brandon Tegtmeier, commander of 75th Ranger Regiment in a press statement to Newsweek.