The Afghanistan Journalists’ Center (AFJC) in its annual report on violence against journalists said that the targeted killings of journalists and the escalation of self-censorship in Afghanistan had increased over the past year.

According to AFJC report, 112 cases, including deaths, injuries, physical violence, insults, threats, pressure and intimidation, or attacks and acts of sabotage have been registered against journalists and media workers in the country over the past year.

Ahmad Qureshi, director of the Afghanistan Journalists’ Center, said: “2020 was a different year than 2019 in terms violence against the Afghan media community. Of the eight cases in which media workers were killed, six were terrorists cases, which, in addition to increasing threats and an organized increase in access to information, fueled journalists’ fear and self-censorship were also recorded.”

According to him, Covid-19 pandemic has also killed at least seven media workers.

The Afghanistan Journalists’ Center said the figures were similar to those of 2019, but unprecedented in terms of the higher number of targeted killings of media workers.

Statistics from AFJC report show that three presenters, two reporters, a cameraman, a technical staff member and a media service worker were killed during 2020. 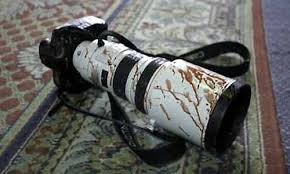 Yama Siavash, a former TV presenter, was also killed in an explosion in Kabul, which the Afghan Journalists Center says has not yet been linked to media work. He was working for the Central Bank at the time.

Regarding the death of Fardin Amini, the Afghanistan Journalists’ Center also said that the initial police investigation into the murder of the News presenter Fardin Amini did not prove that he had been killed.

The center did not include their names in the list of victims of the media community.

During 2020, 19 journalists and media workers were injured in criminal cases as well as terrorist incidents in different provinces of the country.

According to the Afghanistan Journalists’ Center, a significant number of incidents of violence, threats and insults against journalists have also been recorded during this period.

These include 45 cases of threats, 11 cases of physical violence, six cases of detention, six cases of abduction and four cases of armed action against journalists and the media workers.