Following the assassination of Bismillah Adel Aimaq, the director of Sada-e Ghor Radio in Firuzkuh of Ghor province, Afghanistan Supporting Open Media- Nai has accused the government of being reckless in ensuring the safety of journalists and of not taking security threats against them seriously.

Nai in a statement said that Bismillah Adel Aimaq, the editor-in-chief of Sada-e Ghor radio in the city of Firuzkuh, was shot and killed by unknown gunmen yesterday evening.

“With the assassination of Mr. Aimaq, it was once again proven that the enemies of the Afghan people are purposefully targeting the elites of the country’s media community, and that the Afghan government is watching and failing to provide security for its citizens,” the statement said.

Nai noted that Aimaq had recently mentioned on his Facebook page the possibility of an attack on him, and had also mentioned in a letter that unknown people had attacked his house with a hand grenade and also in another case an unsuccessful armed attack on him.

Nai emphasized that in official letters, it had asked the security agencies to follow up on the cases and ensure the journalist’s life. 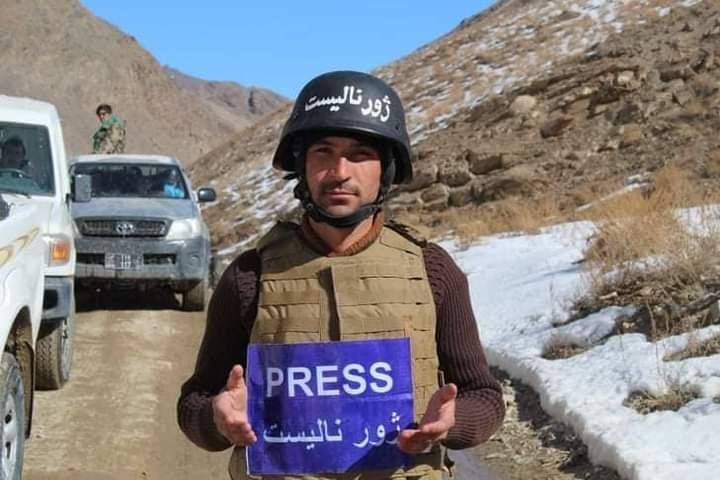 Responding to the assassination of the journalists, the security forces, especially the Ministry of Interior, called on the international community to do something about the presence of their forces in Afghanistan to share threatening information, as well as to investigate the security threats of journalists.

In the meantime, the Committee to Protect Afghan Journalists said in a statement that in the latest case, journalists in Ghor province shared their security threats during a meeting with the provincial police chief, but no measures have been taken to protect Aimaq.

The Committee to Protect Afghan Journalists has called on the government to investigate the assassination and called on the security agencies to “provide clear information and response to the country’s journalistic community as soon as possible.”