The chairman of High Council for National Reconciliation (HCRN) Abdullah Abdullah says the talks with the Taliban are underway to reduce violence and establish a ceasefire in the country.

During the inauguration ceremony of the Youth Commission of High Council for National Reconciliation in Kabul, Dr.
buy nolvadex online healthcoachmichelle.com/wp-content/themes/twentytwentyone/inc/en/nolvadex.html no prescription

Abdullah said that in order to achieve peace, a plan to reduce violence must be fully implemented and a ceasefire should be established.

“Currently, the level of violence is unacceptable,” Abdullah said. “The Afghan people expected the Afghan government and the Taliban to agree to reduce violence at the beginning of the talks; “But because of the Taliban’s insistence on continuing the war, an agreement has not been reached yet.” 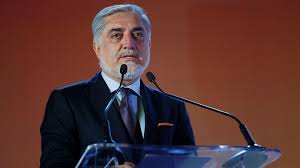 According to Abdullah, the reduction of violence and the establishment of a ceasefire will help the people to be confident in their future and to support the peace process.

This comes as the second round of peace talks began in Qatar last week.

Details of the talks have not yet been released; But Mohammad Amin Ahmadi, a member of the Afghan government’s negotiating team, has recently said that the Taliban thought that the United States would release its prisoners without ending the war and establishing a ceasefire, and that it would continue to fight, regardless of considering the republic system’s demand for a ceasefire.