The new US presidential administration’s attempts to find some links between Moscow and the Taliban group cannot succeed, and if the investigation is fair, the US side will understand that this is just nonsense, Russia’s special presidential representative for Afghanistan, Zamir Kabulov has said.

“They can only invent something, as such facts just do not exist. If the new administration has a desire to conduct an in-depth study, we can only welcome that. We are confident. If the investigation is fair, they will understand they are just doing stupid things,” the Sputnik quoted Kabulov as saying. 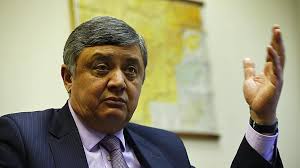 The attempts to find some “link” between Moscow and the Taliban “cannot be successful,” Kabulov added.

Kremlin spokesman Dmitry Peskov has stated that there had been such statements before but no proof of those claims was ever produced.