The Arad border police have caught six migrants from Afghanistan, who tried to leave Romania hidden in two trucks, according to AGERPRES.
buy azithromycin online http://www.nicaweb.com/images/patterns/new/azithromycin.html no prescription

They were hidden among the boxes with spare parts for cars, which were to be transported to Poland, the Arad Border Police informed on Friday. 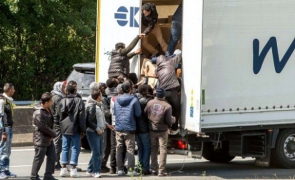 “The six Afghans, four adults aged between 18 and 26, and two children of 15 and 16 years old were discovered in another truck driven by a Turkish citizen, at the PTF Nadlac I, during the check-out upon their exit from the country,” Arad Police said.

In all these cases, the border police are investigating an attempt to cross the state border illegally, and Turkish drivers could be prosecuted for trafficking in migrants.