The Ministry of Interior (MoI) has denied allegations of Police shootings at protesters in Hese Awal Behsud district of Maidan Wardak province.

The representative of Maidan Wardak in the Parliament, Mahdi Rasikh said that the residents of Behsud district staged a protest against Allah Dad Fadayee, the Police chief of the province yesterday.

Rasikh claimed that Police opened fire at protesters which killed 11 civilians and wounded more than 20.

Rasikh also claimed that the government forces have taken 60 protesters and tribal elders as hostages.

He denied MoI officials’ claim about a clash between Police and a local commander, Ali Poor’s men in the area.

In the meantime, MoI spokesman, Tariq Arian, has said that the Maidan Wardak police leadership has been stationed in the district’s HQ for several days to introduce new police commanders and to strengthen police checkpoints in Hese Awal and Hese Dowom districts.

According to Arian, the irresponsible gunmen affiliated with commander Ali Poor were present in the area, preventing the presence and activity of security forces and police, as well as the gathering of people in front of the district’s building.

He stated that a number of security forces and five local residents were wounded in the shootings by Ali Poor’s men.

The MoI spokesman cited that nine people affiliated with Ali Poor were killed and seven more of them were injured in the shootings.

According to Arian, the situation is now under the control of the security forces and 68 irresponsible gunmen have been arrested. 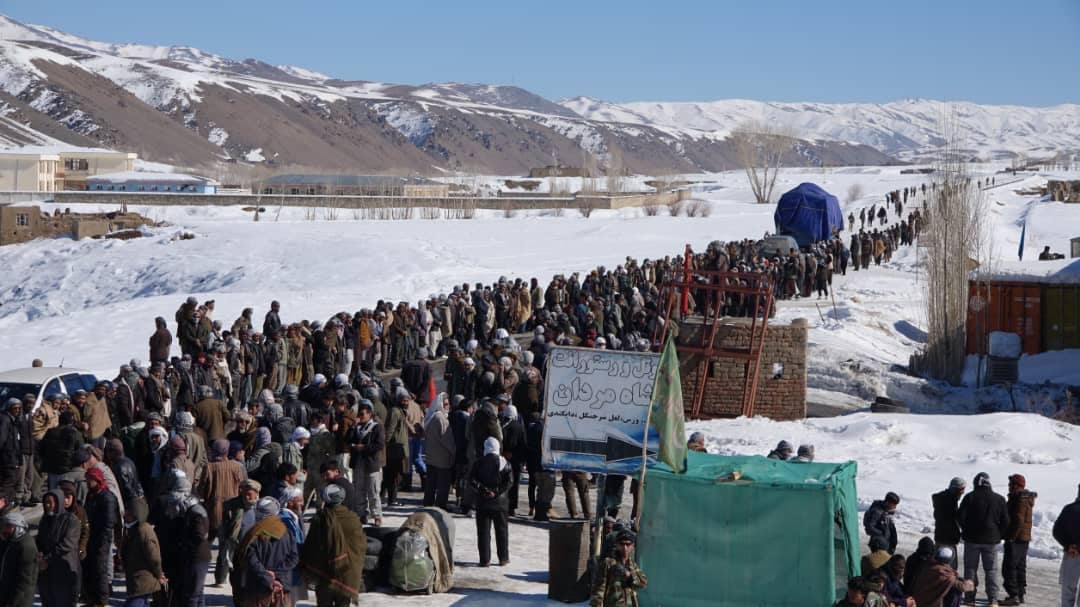 Arian stressed that a high-level delegation will be sent from Kabul to Maidan Wardak in order to thoroughly investigate the incident.

This comes as the incident followed by the reactions of Afghan people, officials and politicians.

Mohammad Karim Khalili, the leader of Hezb-e Wahdat Islami Afghanistan said in a statement that security forces had targeted a peaceful protest and used violence.

Mr Khalili called on government to summon Police officials in Kabul as soon as possible, saying the security forces had provoked concern among the people using violence on protesters.

Khalili stressed that the move was unjustifiable for government forces in a safe area, and that the consequences of this “ill-considered” move in the current situation is not in the country’s interest and spark a new crisis.

Mohammad Mohaqiq, senior Adviser to President Ashraf Ghani also issued a statement calling on the government to resolve the issue in a lawful and peaceful manner by sending a delegation to the area.

Meanwhile, Sarwar Danesh, the second Vice President, in reaction to the incident said that in the early hours after the incident, he had followed up the protest with the relevant officials in the National Security Council, the Ministry of Interior and provincial officials.

Danesh emphasized that violence by anyone and for any motive is not acceptable at all.

He called on the people to refrain from violence, saying a delegation would be sent to the area to investigate the incident.