Pakistan and Turkey would hold a trilateral summit with Afghanistan in Istanbul to support bring lasting peace and stability to the war-torn Afghanistan, Pakistani media sources reported.

This was announced by Turkish President Recep Tayyip Erdogan and Pakistan Prime Minister Imran Khan during a joint press conference in Turkey, The News reported. 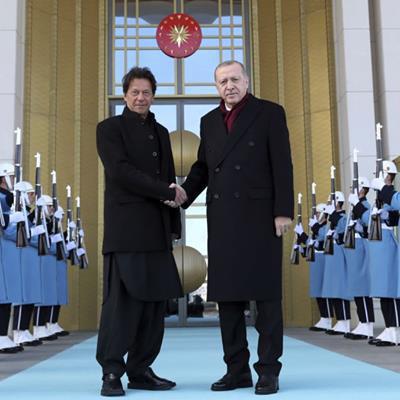 “The people of Afghanistan have been suffering for over three decades. Pakistan is already helping dialogue between the Taliban and Americans. I look forward to the summit meeting in Istanbul, where we hope that Afghanistan, Pakistan and Turkey will be able to help in this peace process,” Khan said at a press conference following his meeting with Turkish President.

In a joint statement released after the conference, and quoted by The News, Turkey and Pakistan acknowledged that sustainable peace and stability in Afghanistan could be achieved through reconciliation among all segments of the Afghan society with the support of the regional countries and the international community.

The trilateral summit will be called as soon as Turkish local elections are concluded in March, the report said.

Abbas Araghchi, Iran’s Deputy Minister of Foreign Affairs, is in Kabul for talks with Afghan officials,…

Petroleum Refinery to Be Inaugurated In Herat

Afghanistan Has Exported 1,000 Tons of Pine Nuts to China Through Air Corridor: MAIL

Ministry of Agriculture, Irrigation and Livestock (MAIL) on Friday announced that Afghanistan has exported 1,000 tons…

The spokesman to Kandahar governor, Azizullah Azizi, confirmed to Reporterly on Saturday that seven border forces’…