Kabul: Air power is essential for Afghan security forces to successfully take on the Taliban, and the Afghan government is looking to India and the US to provide more combat helicopters and associated logistics support, Afghan ambassador to India Farid Mamundzay said on Friday in an interview with Hindustan Times. On Pakistan’s role in the peace process, Mamundzay said Islamabad has not delivered as expected.

On the security situation, he said, “Following the announcement by the US president about the withdrawal of US and international troops, the Taliban has waged a war against the Afghan government and the public. And that has made the situation very dire, not only in terms of security, but this has caused a humanitarian catastrophe. Over 200,000 people have been displaced since April 14, 2021, close to 4,000 civilians who have been killed. So, this could have been handled in a more organized and planned manner. Now, the withdrawal would be completed in several weeks time. We were expecting that we will go through a very troubling time once these forces leave. And we are right, we are going through that phase now,” he said.

He added that there is an active conflict going on and in almost 150 districts in Afghanistan and the Taliban have captured many centers of the districts. “We are going through a turbulent time, but the resilience of our people and the heroic patriotism of our forces is there to defend Afghanistan,” he said, adding that air support is the game-changer for them. “Our assessment is, if we have the required air support, the Taliban would never be able to capture any district. The Afghan forces are still in their development phase, we have not yet got to a stage where we have a full conventional army. Taliban have the same equipment, weapons and ammunition that we have. Our superiority lies in air support and we appreciate the support that the US has recently promised, that they would support us with more air support. We call on all responsible countries in the region, including Russia, Iran and India, to provide us with the required air support. There are two components in air support – one is logistics, which also requires support, and one is helicopters used for fighting on the battleground, which is more critical than the logistic support,” added.

He also said that they look to India for the light combat helicopters or LCH, of which they recently received two. However, they have not officially raised the request for this because they are awaiting helicopters from the US.

On the Taliban, he said that the Taliban are delaying the peace process. “We started the process with very good faith back in September, fulfilling all those commitments that a responsible government was supposed to do. But we were faced with a group that didn’t respond positively to the requests and desires of the Afghan people,” he said. 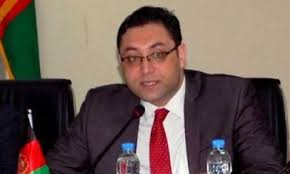 On India’s support to Afghanistan, he said that India can and should continue with economic and development assistance as that could be used as leverage. “When peace talks begin, it could be used as a way to send the right signals to the Taliban, that should they value democratic processes and preserve the gains of the past 20 years, India would continue assisting the Afghan people,” he said.

However, he added that Afghanistan would not want foreign boots on the ground.

Meanwhile, Indian External Affairs Minister S Jaishankar met his Russian counterpart Sergey Lavrov and discussed regional issues like the situation in Afghanistan, Iran and Syria. “The situation in Afghanistan occupied a lot of our attention because it has a direct implication for regional security. We believe that the immediate need of the day is really a reduction in violence and if we have to see peace within Afghanistan and around Afghanistan,” Jaishankar said. “It is important for India and Russia to work together and ensure that much of the progress that we’ve seen in economic, social and democratic terms are maintained. We are both committed to an independent, sovereign, united and democratic Afghanistan,” he added.

This comes even as a Reuters report states that at least seven Afghan pilots have been assassinated off base in recent months, according to two senior Afghan government officials. This series of targeted killings, which haven’t been previously reported, illustrate what US and Afghan officials believe is a deliberate Taliban effort to destroy one of Afghanistan’s most valuable military assets: its corps of U.S.- and NATO-trained military pilots.

In so doing, the Taliban — who have no air force — are looking to level the playing field as they press major ground offensives, added the report. Reuters confirmed the identities of two of the slain pilots through family members. It could not independently verify the names of the other five who were allegedly targeted. In response to questions from Reuters, Taliban spokesman Zabihullah Mujahid confirmed that the group had started a program that will see Afghan Air Force pilots “targeted and eliminated because all of them do bombardment against their people.” A UN report documented 229 civilian deaths caused by the Taliban in Afghanistan in the first three months of 2021, and 41 civilian deaths caused by the Afghan Air Force over the same period.

Afghanistan’s government has not publicly disclosed the number of pilots assassinated in targeted killings. The nation’s Defense Ministry did not respond to Reuter’s requests for comment. The Pentagon said it was aware of the deaths of several Afghan pilots in killings claimed by the Taliban, but declined comment on US intelligence and investigations. All this comes as just last week, U.S. forces left America’s main military bastion in Afghanistan, Bagram Air Base outside Kabul.

The Afghan Air Force is heavily dependent on U.S. training, equipment and maintenance as well as logistics to ensure a reliable pipeline of munitions and spare parts. The Pentagon has yet to fully detail how it will keep Afghan aviators flying after the U.S.-led mission formally ends in coming weeks, as ordered by President Joe Biden. The Pentagon told Reuters it would seek to provide Afghanistan with extra aircraft to ease the strain of combat losses and maintenance downtime.

On the other hand, Najia Anwari, a spokesperson for the State Ministry for Peace Affairs said that serious discussions are taking place between the Afghan Republic and the Taliban negotiators in Doha in the past few days. “These meetings are held after every single night between the two sides and the discussions are focused on a number of important issues,” she said.

Meanwhile, the US Special Representative for Afghanistan Reconciliation Zalmay Khalilzad has said that he was surprised by recent advances by the Taliban. However, he added that a military takeover was not the solution to the conflict in Afghanistan. “I’m not surprised that the conflict has intensified, but I am surprised by the progress that the Talibs have made and I’m hoping that the Afghan forces with help from their friends will find their bearing and push back. But again, I repeat, there is no military solution,” said Khalilzad.

The Taliban know that they need to be accepted as part of the future of Afghanistan, not to be a pariah. To invade Kabul and impose a government will put all the things they want internationally at risk. We will not recognize a government in Afghanistan that is imposed by force,” Khalilzad said.The US State Department said that Khalilzad has started a new series of his trips to the region for Afghan peace. “One of the key reasons for the situation that we face today is the unconditional withdrawal of foreign forces from Afghanistan,” said Mir Haidar Afzali, the head of the parliament’s defense committee.