Kabul: President Ashraf Ghani on Saturday called on the Taliban to resume peace talks and not to destroy Afghanistan any more.

“The Taliban are responsible for prolonging the war,” said Ghani while speaking at a meeting in Khost province on Saturday. The Taliban should be asked who they are fighting for, “If Afghanistan falls and Afghans are killed, who will benefit?”

According to him, the Afghan government has made great efforts to establish peace and wants peace; but the Taliban has continued to use violence. Ghani called on the Taliban to enter into the peace process under the Sharia law and not to destroy Afghanistan at the behest of foreigners. He called on the Afghan people to unite for peace, democracy, independence and mutual acceptance. “If the Taliban are committed to Afghanistan, they must commit that they will not accept the Durand Line,” Ghani added.

Ghani also chaired a senior security meeting and said that a location had been set up in the United Arab Emirates to repair air force equipment. In this security meeting, President Ghani thanked the country’s security and defense forces for “defeating the enemy” and for their high morale and high capacity. He also said that the security and defense forces do not face a shortage of facilities and that international obligations are in place to fund and equip them.

Earlier, Hamdullah Mohib, the country’s national security adviser, told a news conference in Kabul that a number of government troops had left their checkpoints due to lack of air support and lack of facilities and equipment. Mohib also said that more than 2,000 of them had rejoined the security and defense forces. According to him, the lack of facilities and equipment has been partially eliminated over the past two weeks. On the other hand, the country’s national security adviser on repairing the equipment of the security and defense forces had said that most of this equipment will be repaired inside the country. He said contracts had been signed to repair another piece of equipment and repairs would begin soon. He did not provide further details. 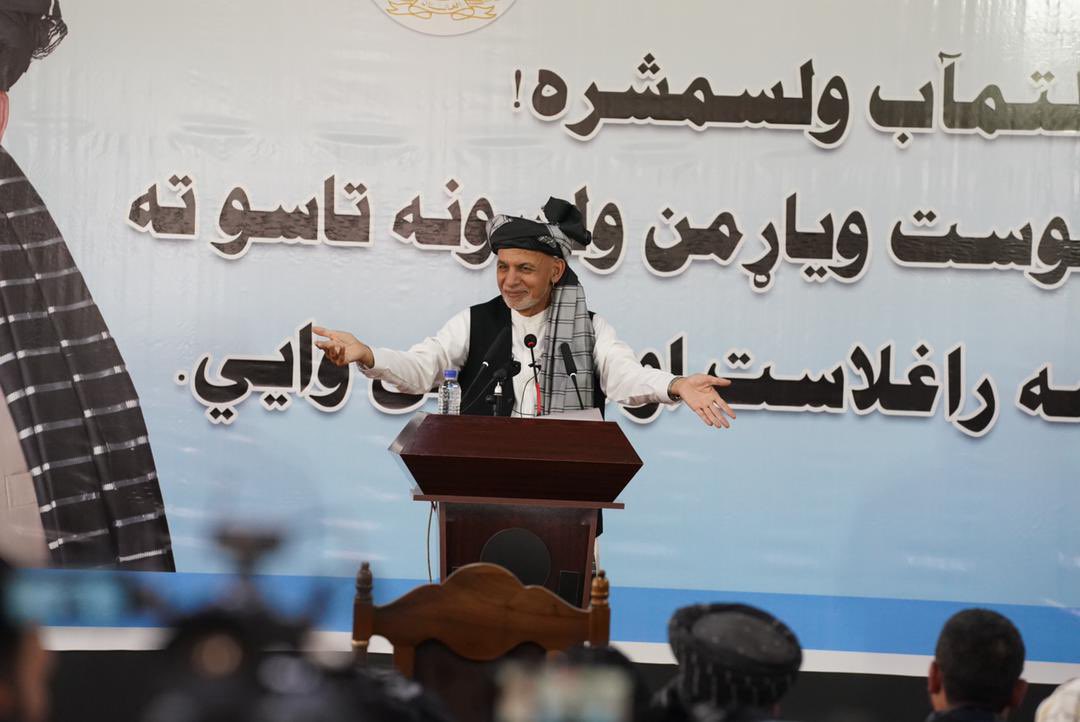 Danesh stated on his Facebook page that Khan was a forerunner of jihad and resistance, and has a great past in fighting extremism and foreign intervention, and he was one of the founders and supports of the political system and the constitution. Danesh called on all political figures and ethnic groups to follow suit, support the existence of national sovereignty, political system, and constitution against the Taliban, in choosing between survival and annihilation. Danesh added that all have the national responsibility today to prioritize the unity in the ranks and action against the fearlessness and shamelessness of the enemy.

Rabbani stated that after the frequent evacuation of some districts to the Taliban, especially in northern provinces, there are sparks of hope of resistance across the country, as the country has entered a sensitive phase of intelligence games and dangerous conspiracies. Rabbani urged Jaimta-e Islami commanders in southwestern zone to form a single and concise position against the enemy, under the leadership of Khan. Rabbani called on other party commanders to stand by the ANDSF with any means possible, to repel the enemy, defeat their ranks, and thwart conspiracies and not allow the past two decades of achievements to be lost. Rabbani also called on security agencies to provide people’s forces with all facilities, so that they can defend values and cities. Rabbani concluded that war is not the solution and no group can rule Afghanistan militarily, and all must make peace.

On the other hand, hundreds of local residents of Maidan Wardak province staged a protest and closed the Kabul-Kandahar highway in Maidan Shahr city on Saturday, demanding that the central government include the province’s full name “Maidan Wardak” in all government and non-government documents, including the electronic identity cards (e-IDs). Protesters warned to continue their protests if the demand is not met.