Kabul: Security forces and popular uprising forces recaptured Badakhshan’s Yaftali Payeen district. Local sources said that after the clashes that took place on Saturday, the center of district has been recaptured by the security forces.

According to sources, security forces and popular uprising forces continue to advance. The exact number of casualties on both sides is not yet known, and government spokesmen have not commented yet.

On the other hand, the Taliban have shot killed two civilians in the village of Saraysang, on the outskirts of Taloqan city of Takhar province. This incident took place at 1:00am on Saturday, Hashte Subh daily reported. Local sources told Hashte Subh daily that the Taliban shot and killed an influential local figure called the “Wahed Chopan” and a school staff member too. Takhar police spokesman Khalil Asir also confirmed the incident.
buy nolvadex online pridedentaloffice.com/wp-content/themes/twentytwentyone/inc/en/nolvadex.html no prescription

The Taliban have not yet confirmed or denied the allegations.

The Ministry of Interior (MoI) has rejected the Taliban’s claims of controlling 85 percent of the Afghanistan’s soil.

A four-member Taliban delegation led by Maulvi Shahabuddin Delawar traveled to Moscow on Friday and during a press conference they claimed that they controlled 85 percent of the country’s territory.

Maulvi Delawar said their fighters had captured more than 200 districts but did not want to attack large cities.

However, in the past few days, the Taliban staged attacks on capitals of Badghis, Ghazni, Kandahar and Badakhshan provinces.

Tariq Arian, a spokesman for MoI, rejected the Taliban’s claims as untrue and said if they had much control, why their leaders and families lived abroad.

He said the Taliban casualties were surging and they buried their dead in Punjab province of Pakistan and other areas.

The Afghan government has always blamed Pakistan for protecting the Taliban, supporting them and treating their injured in Pakistani hospitals. “Do not loss the opportunity of peace,” Arian told the Taliban.

Meanwhile, Commander of the 203rd Thunder Corps Dadan Lawang stated that a plan was developed to launch air and ground operation to recapture the lost districts in Paktia province. Lawang told Etilaat roz daily that the ANDSF are paying close attention to civilian lives and make tactical retreats to protect civilians, whilst the Taliban are using civilian homes as shields. Lawan claimed that foreign intelligence supports the war in the province, which helped the Taliban to capture districts and destroy public facilities, but that they are also well prepared to deal with the situation. Lawang gave assurances that the situation will soon become normal, and those ANDSF who laid arms during the fall of districts want to serve and will be re-recruited. Commando forces also announced their preparedness to launch an operation as soon as they receive an order from their leadership. Zurmat, Rohani Baba, Mirzaka, Ahmadkhel, Zazi Aryob, Lazha Mangal, Samkanai, Dand aw Patan, and Janikhel districts are now controlled by the Taliban in Paktia province.

In other news, sources in Kandahar province said that unidentified gunmen had killed a midwife in the provincial capital. The incident took place at around 4:00 pm on Saturday, in PD1 of Kandahar city, near the Shohada’ Square. The woman was a midwife in the maternity ward of Mirwais Hospital in Kandahar and died as a result of an attack by unknown gunmen on the spot. Kandahar police spokesman Jamal Nasser Barakzai confirmed the incident, but said the motive for the murder has not yet been determined. No individual or group has claimed responsibility

Meanwhile, head of Herat Breshna, Tamim Safi told a news conference that Iran has reduced 100 megawatts of its exported electricity until August 6, due to the lack of energy in Iran. Safi said that although the Ministry of Foreign Affairs has taken steps to address the problem, the existing agreement allows Iran to reduce its exported electricity, in case of a problem and the lack of energy in the country. Safi added that Iran currently provides 10 megawatts during the day and 30 megawatts at night, from 110 megawatts. Safi stressed the need for activation of a turbine at the Salma Dam to address shortages, but relevant officials have yet to agree. Safi reported that a transformer purchased from Uzbekistan with a cost of $1 million USD has been installed and activated at the Noor-e Jihad substation. 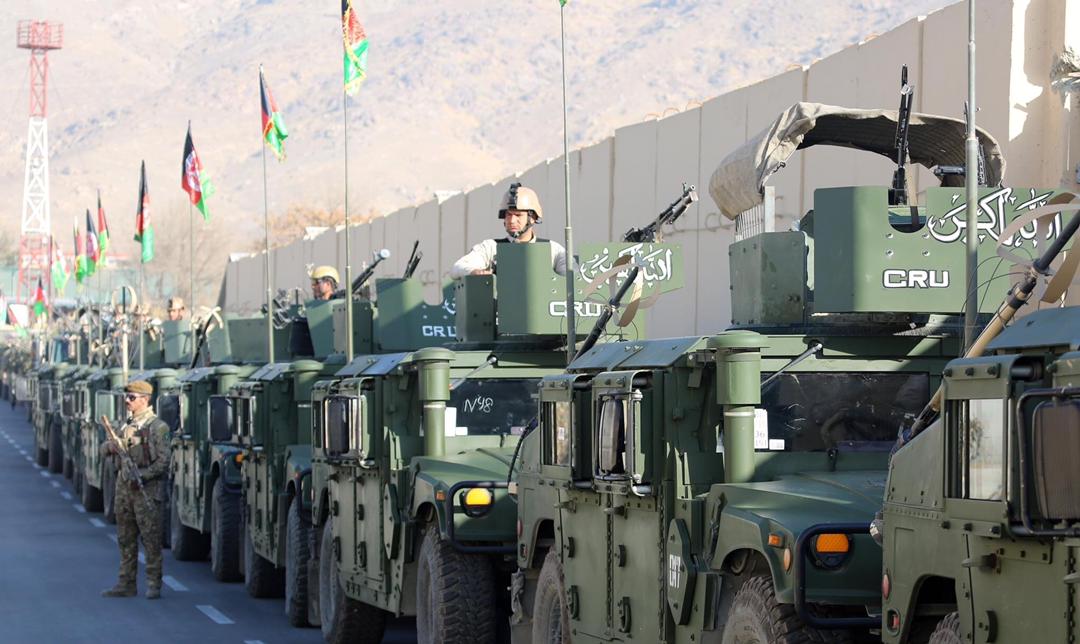 Also, the Afghanistan Railway Authority (ARA) confirmed to BBC that some of facilities and equipment of the Khawf-Herat Railway have been destroyed. ARA Spokesman Mohammad Ewaz Farhang said that the incident happened on July 7, after the ANDSF evacuated the area. The exact amount of damage has not been reported yet, as Farhang said, ARA employees are not present there, but the issue is under investigation to determine who the perpetrators were. Deputy MoD Spokesman Fawad Aman shared pictures from the Rozanak train station, and accused the Taliban of damaging its facilities.

This comes even as the Chairman of the High Council for National Reconciliation (HCNR) Dr. Abdullah Abdullah met with U.S. Charge d’Affaires Ross Wilson on Saturday.
buy dapoxetine online https://viagra4pleasurerx.com/dir/dapoxetine.html no prescription

Dr. Abdullah said that the Islamic Republic of Afghanistan supported calls for peace in good faith and tried to achieve lasting peace, but the Taliban escalated violence and attacks, and failed to seize the opportunity for peace. Abdullah reiterated that war is not the solution, intensification in Taliban attacks has angered the Afghan people, and the public have started defense and resistance.

Abdullah emphasized that remaining committed to peace does not mean that he is indifferent towards Taliban attacks, and the group should know that it cannot win using force, as the Afghan people, political leaders, and all sections of the society are united alongside the ANDSF to defend the country. Wilson said that the escalation in fighting further complicates the situation. Wilson added that the U.S. and international community want the success of the peace process and an end to fighting and violence, remain committed to defending the Afghan people, and they do not see war a solution, nor do they support violence or the use of force.

On the other hand, Abdullah said that the Taliban had delayed seizing the opportunity to achieve peace as the war intensified and attacks intensified. According to Abdullah Abdullah, the Islamic Republic of Afghanistan, however, has spoken in good faith to the voice of peace.

All this comes even as President Biden on Thursday pledged to bring home American troops by August 31 and defended his bipartisan decision to do so despite some critics who say the move could “create problems.” Lawmakers and veterans alike have been pressuring Biden to offer further details on how he intends to help thousands of Afghans who helped the U.S. military as translators, drivers and in other jobs who now fear they will be targeted by the Taliban after U.S. troops leave.

The president also praised the more than 800,000 American service members, DOD civilians and contractors who served in Afghanistan since 2001. “The United States cannot afford to remain tethered to policies creating a response to a world as it was 20 years ago,” Biden said. “We need to meet the threats where they are today,” he said.

The terror threat has shifted to different areas including Somalia, West Africa and South Asia and the Middle East. Biden said the U.S. military is studying where forces can best be used. “But make no mistake: Our military and intelligence leaders are confident they have the capabilities to protect the homeland and our interests from any resurgent terrorist challenge emerging or emanating from Afghanistan,” he said.

Meanwhile, nearly 20 U.S. senators now back legislation to help protect Afghan civilians who supported U.S. forces during the 20-year-long war in their country, a lead sponsor of the bill said on Friday, a day after President Joe Biden set a target date of Aug. 31 for withdrawal.

Democratic U.S. Senator Jeanne Shaheen said at least 17 Democratic and Republican senators are now sponsoring her bill to increase the number of authorized visas and take other steps to improve the efficiency of a program to help bring to the United States Afghans who helped U.S. troops.

On the other hand, Turkish President Recep Tayyip Erdogan on Friday said Turkey and the US agreed on the “scope” of how to secure Kabul airport under the control of Turkish forces after Washington’s withdrawal from Afghanistan. Turkey promised to provide security for the airport once the troops leave next month, in a move hailed as an example of improved relations between Ankara and Washington.

Erdogan said the issue was discussed between Turkish and American defense ministers on Thursday, adding: “During discussions with America and NATO, we decided on what would be the scope of the mission, what we would accept and not accept.” Turkey’s move comes after Erdogan held talks with US President Joe Biden in Brussels on the sidelines of a NATO summit in June.

Washington hailed Ankara’s “clear commitment” to playing a lead role on securing the Hamid Karzai International Airport after the leaders’ discussions. The dialogue between the NATO allies continued to cement the details of the future Turkish mission with a visit to Turkey by a US delegation last month and multiple phone calls between Turkish Defense Minister Hulusi Akar and Pentagon chief Lloyd Austin. Kabul Airport is the main exit route for Western diplomats and aid workers. The concern is that following the US withdrawal, the airport will fall into the hands of the Taliban, so NATO is keen to quickly find a solution.

Meanwhile, China Foreign Ministry Spokesperson Wang Wenbin has said that the developments of the situation in Afghanistan is at a critical juncture and as close neighbors of Afghanistan, the SCO member states can play a positive role in promoting the peace, reconciliation and reconstruction process in Afghanistan.

He added, “The US, in disregard of its responsibilities and obligations, hastily withdrew from Afghanistan, leaving a mess and turmoil to the Afghan people and regional countries. As a friendly close neighbor of Afghanistan, China always supports the Afghan people in safeguarding their national sovereignty, independence and territorial integrity and taking national destiny into their own hands. China always follows the “Afghan-owned and Afghan-led” principle and strives to promote the political settlement of the Afghan issue. We stand ready to work together with the international community and regional countries to advance the peace and reconciliation process and help Afghanistan realize peace and stability at an early date.”