Ahmad Jawad Osmani, acting head of the Ministry of Public Health (MoPH) said they had brought 500 ventilators from its budget to distribute to hospitals across Afghanistan.

Speaking at the event on Saturday, Osmani said that the reopening of wedding venues, hotels and swimming pools was a matter of concern at a time when the country is still battling Coronavirus, and he was worried.

He said that the MoPH would be distributing 106 ventilators to Kabul, Panjshir, Kapisa, Parwan, Logar, Wardak, Bamyan, Daykundi and Ghazni provinces. They have purchased them from Germany. 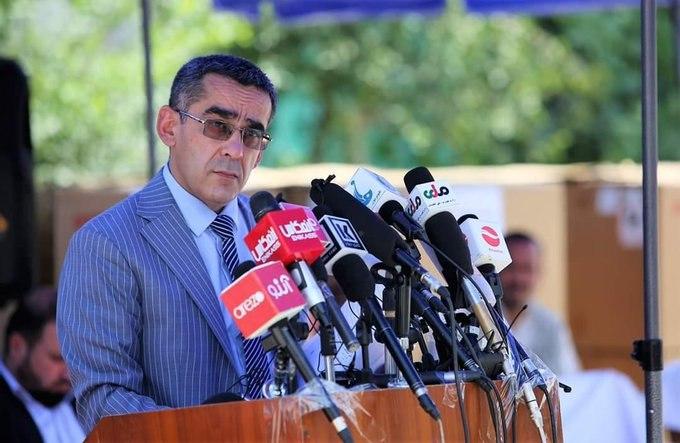 “All these ventilators, along with all their accessories, are to be distributed fairly according to the needs of the provinces,” he added.

The health minister noted that trainings have been held for health workers in Kabul to teach them how to use a ventilator properly, and three biomedical engineers, trained in Turkey, have been hired to maintain the devices.

Referring to recent media revelations of corruption in the MoPH, Osmani stressed that several graft cases had been reported to the Attorney General’s office so far, for investigation.

He said that the establishment of COVID-19 wards in hospitals would not only avoid additional costs of setting up a new facility, but also provide the treatment and care for the affected patients.