On the final day of the “National Coordination Conference among EVAW Entities” the Attorney General of The Islamic Republic of Afghanistan said that Presidential Palace has approved the plan of establishing a new directorate called General Directorate Of Combatting Violence Against Women At Offices and work is underway to form this directorate.

Mr. Farid Hamidi added that the AGO has prepared a plan for effective combating against harassment and annoying of women in offices, which has been approved by the President. He considers this as an important step toward Elimination of Violence against Women (EVAW) at public and private office and said, “Through this directorate, we can restore the trust and confidence of families that public and private offices have secured environment for working and serving Afghan public.” 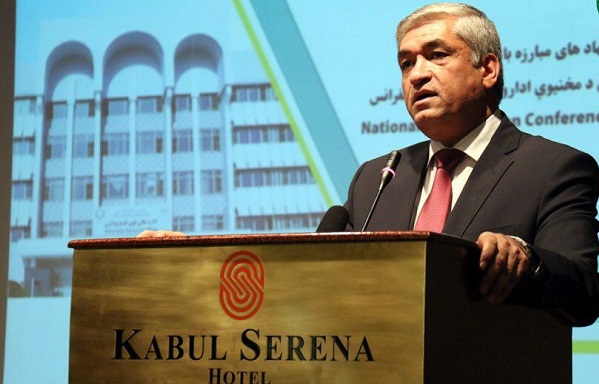 The Attorney General also emphasized on closed coordination and cooperation among related entities for effective combat against violence against women. According to Hamidi, violence destroy the foundation of a family and to eliminate this phenomenon, it needs a decisive incentive and will of the entities to create an environment free of violence.

During the final day of this conference, Mr. Hamidi said that violence against women is existed in every society, but decreasing this phenomenon in Afghanistan needs a multi-dimensional and multi-entity approach. According to his belief, families, educational centers, Ulema, and Afghan media must give hand in hand and work along with the judicial sector of the country to enforce the law, ensure justice and eliminate the roots of violence against women in the country.