120-day operation by Delhi Police’s special cell tracked down an Af-Pak narcotics cartel controlled by a Taliban leader and his Pakistani counterpart, leading to the biggest ever contraband haul in Delhi till date with the police stumbling upon a consignment of 150kg of heroin worth over Rs 600 crore, as reported by Times of India.

The drugs were embedded in jute strings that would be made into bags, which were then filled with spices and dry fruits to be exported to India. These bags were prepared at clandestine locations near Khogyani and others places around Jalalabad, east of Kabul, Afghanistan. 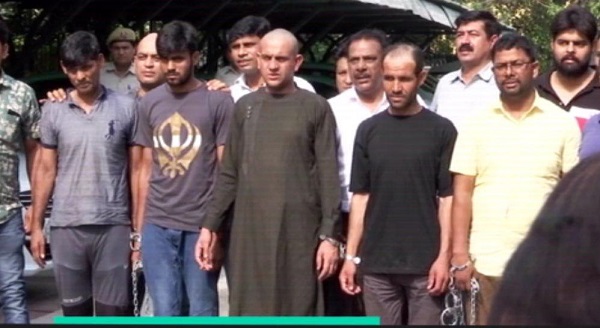 A clandestine lab at Zakir Nagar in south Delhi, where the heroin was extracted from the jute threads, has also been busted. A Toyota Camry, Honda Civic, Corolla Altis and other vehicles have been seized.

As per rough estimates, the cartel pushes heroin worth over Rs 5,000 crore into India. The module was cracked after cops tracked down a convoy of six cars plying on various routes around Delhi and Amritsar. While five of these cars carried the contraband, the sixth was driven by the kingpin who worked as the spotter for the cartel.

Police initially arrested five smugglers, including two-Afghan origin chemical experts, and then detained a sixth suspect on Friday. The arrested men were identified as Shinwari Rehmat Gul and Akhtar Mohammad Shinwari from Jalalabad, Vakeel Ahmed from Batla House, Dheeraj from Faridabad and Raees Khan from Maharani Bagh in south Delhi.