Atmar called the Saudi government a friend and supporter of the people and government of Afghanistan.

Saudi’s assistance and cooperation and willingness to build schools in Afghanistan, along with Riyadh’s support for the peace process, was appreciated by Afghans, Atmar expressed. 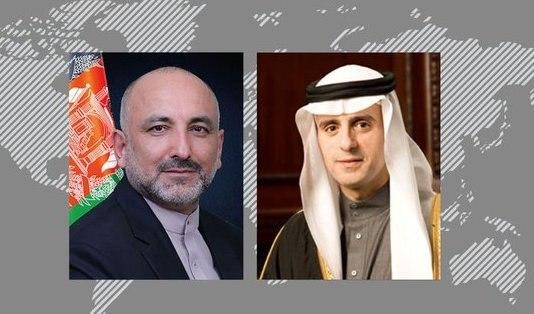 Atmar also enquired about the health of King Salman who had undergone a successful surgery to have his gallbladder removed on Thursday.

Al-Jubeir thanked Atmar for inquiring about the King Salman’s health and stressed the importance of joint cooperation between the two countries in various fields,.

He stated that Saudi Arabia will not withhold any assistance and cooperation for the Afghans to achieve lasting peace.

Govt And Taliban Clash Over Lapis Lazuli Mine In Badakhshan