Afghanistan’s media organizations and journalists says that, the main perpetrators of the violence that occurred on Friday with the journalists should be prosecuted.
buy levaquin online http://med.agisafety.com/wp-content/themes/twentyseventeen/new/new/levaquin.html no prescription 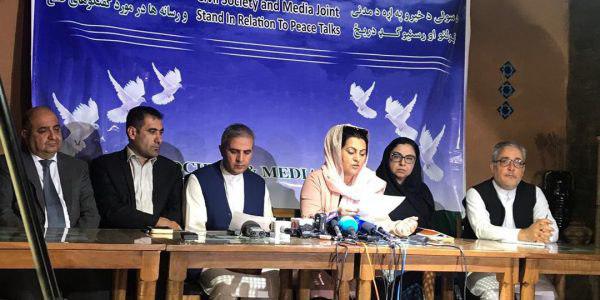 In a news conference, Members of Afghanistan’s media organizations and Journalists criticized the violent behavior of police with journalists at the incident of raid on an Afghan-Turk school in Kabul.

The federation explained at a conference about the details released by the Committee for the Study of Violence Against Journalists in relation to the incident happened on Friday.

The members of Afghanistan’s media organizations and journalists emphasized that, the arrest of soldiers who were obliged to follow the orders of their superiors are not enough and for prosecution of the main perpetrators of the violence, including the deputy of Kabul police, the case should be seriously followed up with related government agencies, including the Ministry the interior.

On Friday, a group of journalists were “mistreated” and allegedly assaulted by police when they were reporting on security forces’ raid on an Afghan-Turk school in downtown Kabul on Friday morning.