The Ministry of Interior has announced that it has arrested two police personnel in connection with violent behavior with journalists in the surrounding of the Afghan-Turk Kabul Ariana High School.

Nasrat Rahimi, Interior Ministry spokesman said on Twitter that two police personnel of Kabul Police who mistreated the journalists were identified and arrested. 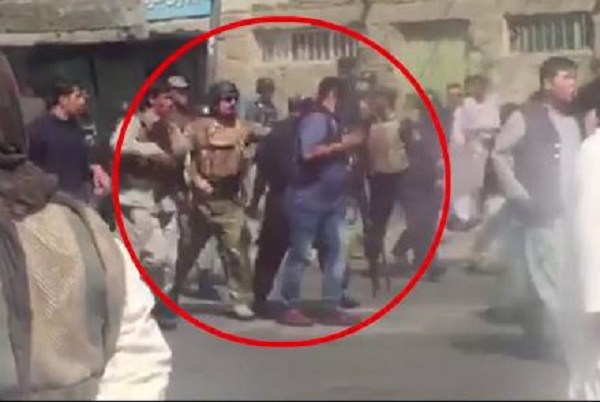 He added that: “nitial investigation has begun and in case claims or evidence against other authorities are find that they have been involved than they will face legal actions.”

A group of journalists were “mistreated” and allegedly assaulted by police when they were reporting on security forces’ raid on an Afghan-Turk school in downtown Kabul on Friday morning, as reported by TOLO News.

Reporters said police prevented them from filming the treatment of the security forces against students of the Afghan-Turk school in Shah-e-Do Shamshira area in Kabul.

Footage by TOLOnews cameraman shows that police were not letting anyone film the incident and were mistreating teachers and relatives of the Afghan-Turk students.

The Afghan-Turk Kabul Ariana Boys High School was handed over the Turkish government along with other four schools which were previously run by the Gülenist Terror Group (FETÖ).