Water Resources Management Department of the Ministry of Energy and Water has issued a warning for the possibility of flash floods and rise of water levels in some rivers.
The Department said in a statement on Friday that based on the forecasts of meteorological organizations, the possibility of floods, due to precipitation and the rise of water levels in some rivers due to melting of snow is predicted from May 31 to 2 June. 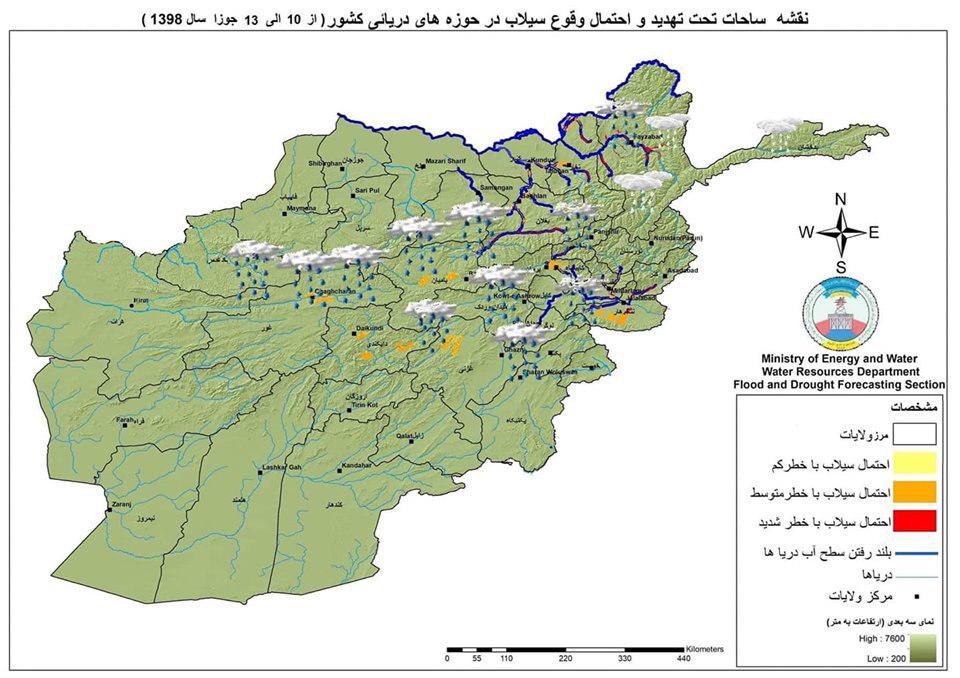 Meanwhile, floods in early March and following months caused a lot of causalities and heavy damages in many parts of Afghanistan from north to south east.

56 Taliban insurgents including 4 commanders were killed in Ghazni province, as per local officials. The…