President Ashraf Ghani said that violence-reductions efforts are “on-course” and the peace talks with the Taliban will be progressing to a new phase to be announced in the coming week.
buy augmentin online http://www.suncoastseminars.com/assets/new/augmentin.html no prescription

“The United States and Afghanistan are completely aligned. Getting to peace is my absolute priority,” he said during a virtual interview with the Atlantic Council.

Ghani also dismissed a possible step-down if the Taliban requested for an interim government excluding him after the peace deal. 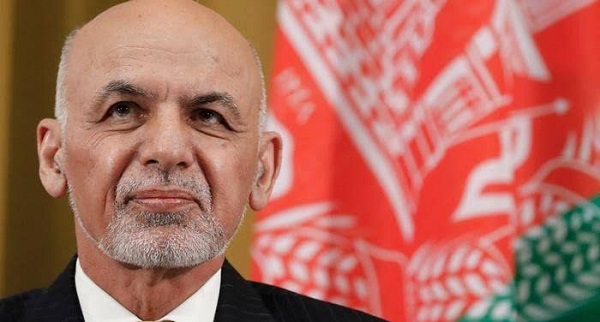 He also said he would not be repeating the historic mistake committed by former President Najibullah who stepped down in 1992 after the U.S.S.R. collapsed and his government was left without foreign aid. The mujahideen took control of the country after that.

Ghani said “Dr. Najibullah made the mistake of his life by announcing that he was going to resign… Please don’t ask us to replay a film that we know where it ends.”

On prisoner release and violence

He also called the Eid ceasefire a “major movement” which allowed the government to make “bold and critical decisions” such as announcing the release of up to 3,000 Taliban prisoners to show goodwill.

Ghani said they would fulfil the commitments of the Doha deal signed between the U.S. and Taliban, and release 2,000 more prisoners within a very short period, for a total of 5,000 released.

He also underlined the importance of “maximum reduction” in violence and warned against spoilers.

“I’ve spoken to Ambassador [Zalmay] Khalilzad yesterday, and also, to the special representative of Qatar this morning. I think now we are on course.

Similar sentiments were seen in Washington’s special envoy for Afghanistan, Zalmay Khalilzad’s tweets after his recent round of shuttle diplomacy between Qatar, Pakistan and Afghanistan where he urged all sides to start the talks immediately and “prevent spoilers from undermining the process.”

However, he did point out to U.S. Central Command General Kenneth McKenzie’s statements that “the conditions were not ripe” as long as other militant groups were active within the country.

Ghani emphasized their prerogative was to “conclude peace as soon as feasible, but a sustainable peace” which would include strategic dialogues with the U.S. concerning Al Qaeda and the Islamic State.

On trade with neighbours

“Afghanistan is described as the Saudi Arabia of lithium,” Ghani said, stressing on the importance of international investors in the country.

“We can be among the 10 largest players at least on 10 basic minerals.”

He did express some reservations on China’s Belt and Road Initiative questioning its nature of investments.

“Belt and Road is not a grant initiative. It’s loans. Afghanistan cannot take loans. We can only take grants.”

He also thanked Turkmenistan and Azerbaijan for their investments in Afghanistan.