The problem occurred because the military only billed their 17 allies for half the months between January 2016 and September 2019, leading to a deficit of more than $6 million.

The report only looked at NATO’s Resolute Support headquarters and not the other bases. 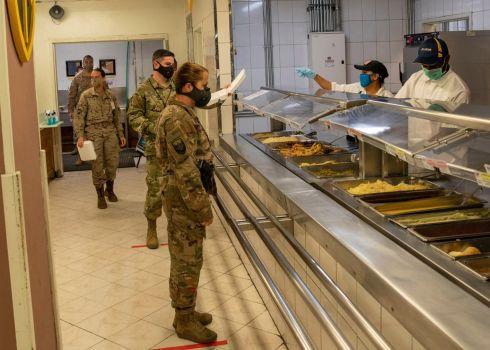 The over $9 million expense was blamed on logistics personnel who failed to establish terms and condition with each partner country before dining services were provided.

“Unless USFOR-A [U.S. Forces Afghanistan] establishes terms and conditions with coalition partners before providing services, develops training specific to Afghanistan and performs oversight, the DOD will continue to not initiate bills for the full reimbursable amount for dining facility services,” the Inspector General said.

There are 17 nations that pay the U.S. for dining services and an additional 20 coalition countries who would be unable to assist the mission without financial help.

The Inspector General encouraged USFOR-A to collect the missing payments, develop agreements with each coalition partner and update personnel training.