The Pentagon has deployed about a dozen F-22 Raptor stealth fighter jets to the small Persian Gulf nation of Qatar as part of its recent buildup of forces amid tensions with Iran, Pentagon officials said Friday, as per Stars and Stripes.

The advanced fighters arrived at Al Udeid Air Base just outside the Qatari capital Doha on Thursday, according to a U.
buy viagra professional online www.adentalcare.com/wp-content/themes/medicare/editor-buttons/images/en/viagra-professional.html no prescription

S. Air Forces Central Command statement. Air Force photos showed the planes nearing and landing at the base, which houses some 10,000 American troops. The U.S. military uses the base to run its air operations across the Middle East and Afghanistan. 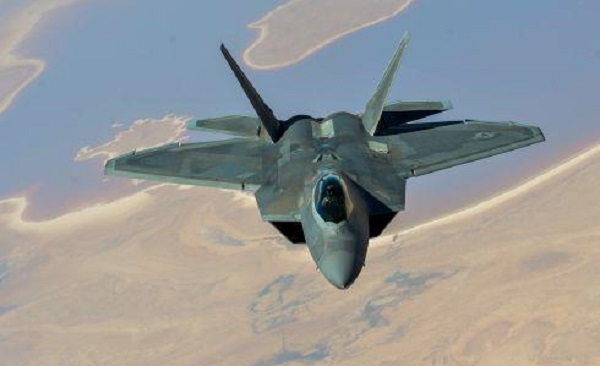 The fighter jets were part of a previously announced deployment of new forces into the Middle East, aimed at bolstering the ability of the United States to protect its forces throughout the region, especially in Iraq and Syria, where U.S. troops operate in close proximity to Iranian-controlled militias, a defense official said Friday. American officials have said since last month that credible intelligence showed Iranian forces and proxies could be planning to attack Americans in the region.

Air Forces Central Command said it was the first time F-22s had been deployed to Qatar.

The United States has blamed Iran for a series of mine attacks on commercial tankers in the Gulf of Oman in recent weeks. Iran also shot down an unarmed American reconnaissance drone last week near the Strait of Hormuz, a critical chokepoint for the world’s oil supply that connects the Persian Gulf to the Gulf of Oman. American officials said the RQ-4A Global Hawk was shot down in international airspace, but Iran maintains the drone entered its airspace.