The Office of the Second Vice President Sarwar Danesh announced that the Business Adjustment Plan for the awaited peak of the Coronavirus will go into effect from tomorrow for the next three months.

According to the office, the first phase of the plan, bans any gathering of more than 10 people.

People will have to mandatorily wear masks in public places and observe a distance of two meters when they are outside. It also recommends that the elderly stay indoors.

For those going to work, offices can allow people in shifts to prevent overcrowding. It is also mandatory for them to disinfect work environments and provide sanitary facilities for their employees and workers.

Under the plan, public schools and private educational centres will remain closed for the next three months. They will be able to continue their activities online. 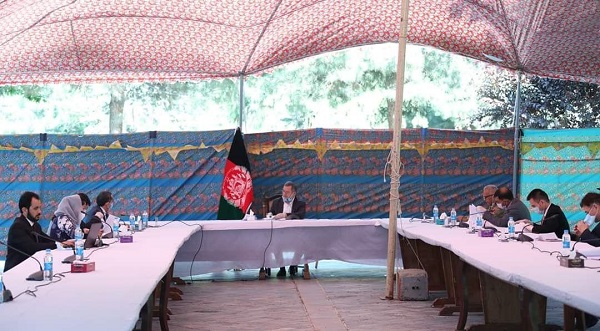 If the figures go down over the coming months and then stay down, the cabinet may decide to reopen some of the public facilities.

Party halls, hotels, gymnasiums, auditoriums and amusement parks will also remain closed for the next three months under the plan. Fateha (prayer ceremony) and other cultural and social gatherings will also be banned.

The plan states that restaurants and cafes will not be open for dine-in customers but are allowed to deliver food.

According to the government, minibuses will be stopped and vehicles will not be allowed to have more than four people.

The press office said that the Ministry of Public Health has been tasked with implementing the plan with the cooperation of the relevant institutions.