Vice president Sarwar Danish emphasized the prevention of any misunderstanding in the strategic relationship between the governments of Afghanistan and United States.

In a meeting with deputy ambassador of US to Kabul Karen Decker, Sarwar Danish highlighted Intra-Afghan talks as top priority for the peace talks and stressed the prevention of any misunderstandings in the strategic relationship between Afghanistan and the United States. 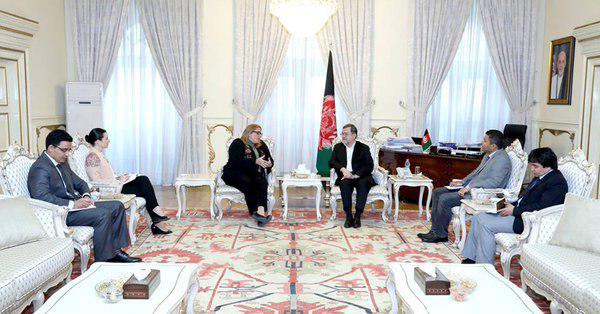 Vice president of Afghanistan said that preparation for next year’s presidential election is a key priority of election commissions and according to information provided by the electoral commissions from the remaining provinces, the final results of the six provinces parliamentary election will be announced soon.

Danish assured that the government will never interfere in the internal affairs of electoral commissions said that any decision on the election should be based on the understanding and agreement of all stakeholders, including political parties, candidates, civil society, international community and government.

He spoke about the decision of Afghanistan government in reconsidering the negotiation team of the government and stressed the importance of transparent information sharing on peace talks process for public opinion and especially the Afghan people.

No Deal at This Point, Says US Secretary of State Pompeo Regarding Afghan Peace Process