A military veteran who lost part of his arm in Afghanistan has become the first person to receive a 3D-printed “hero arm” on the NHS.

Darren “Daz” Fuller lost the lower part of his right arm in Afghanistan in 2008 during an incident with mortar ammunition. 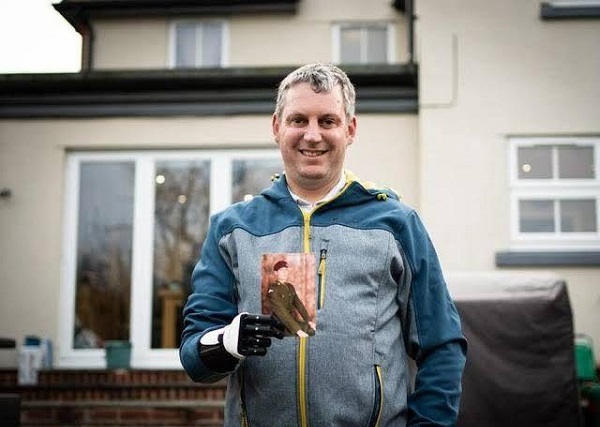 The 43-year-old, who lives in Colchester with his wife and four-year-old daughter Sky, enlisted in the Parachute Regiment in 1994 and served for 20 years.

He now works for Blesma, the limbless veterans’ charity, as an outreach officer.

The new multi-grip arm was funded through the NHS Veterans’ Prosthetics Panel.