The recently-signed peace deal between the United States and the Taliban does not secure the protection of the civil, political, economic, social and cultural rights of the Afghan people, said Soana Deunier, a Research Analyst at the European Foundation for South Asian Studies during her intervention at the 43rd Session of UN Human Rights Council in Geneva.

The analyst said that the peace process in Afghanistan was “anything but Afghan-led and Afghan-owned” given that the Taliban “does not represent the Afghan people” and that the terrorists cannot be relied on to establish transitional justice and uphold civil liberties.

Deunier said that the recently-published “Afghanistan Papers” confirms that the American war in Afghanistan was a “failure from the onset”.

“Now the US, in its quest to save face, signed a so-called peace deal with the Taliban that only satisfies the interests of both these parties without securing the protection of the civil, political, economic, social and cultural rights of the Afghan people”, said Soana.

She added, “Expecting peace from the Taliban and its allies, Al-Qaeda, the Haqqani network, Lashkar-e-Taiba, Jaish-e-Muhammed and their benefactor, the Pakistani Military Establishment, while side-lining the Afghan government will go down in history as a momentous blunder on behalf of the international community.”Deunier noted that the Taliban was accountable for 47 per cent of the civilian casualties recorded by the UN last year alone.
buy augmentin online https://ravkoohealth.com/wp-content/themes/ravkoo-health-theme/inc/new/augmentin.html no prescription 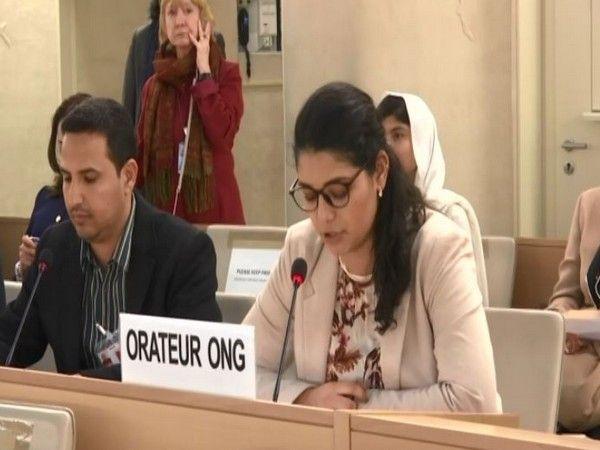 “We cannot afford to be oblivious to history. Can we trust that all warring factions will cooperate, or will we see the failure of another interim government and witness another civil war, like in 1992? Can we trust that the self-declared Islamic State will not rise to power the way the Taliban did in 1996?” she said.

Soana concluded by saying, “Are we really entrusting social healing, peace and stability to the Taliban? This so-called peace deal legitimises terrorism and leaves the Afghan people at the mercy of merchants of death and destruction?”