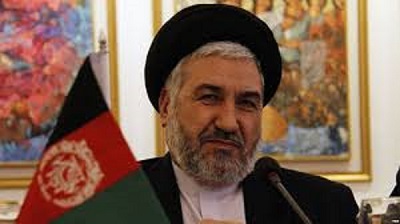 In response to recent remarks made by Deputy Foreign Minister of Iran, Mr. Balkhi wrote on his Facebook page calling Mr. Araghchi statement, “incongruous and provocative”.

The Minister of Refugees thanked the citizens of Iran for their reaction to recent statement of Mr. Araqchi about Afghan refugees.

“If the US sanctions affect our economy and oil sales reach zero, the Islamic Republic of Iran will be forced to consider a special policy for its economy, therefore Iran may ask our Afghan brothers and sisters to leave Iran,” Abbas Araghchi Iran’s deputy foreign minister had said last week.

Mike Pompeo will make his first trip to Russia as U.S. secretary of state next week…