The National Security  Council in a statement confirmed that several policemen, including Colonel Gran Habib, Commander of 601 Highway, were killed in an airstrike.

The airstrike was carried out “mistakenly by the Resolute Support forces” in Nahr-e-Saraj district in Helmand, as per the NSC statement. 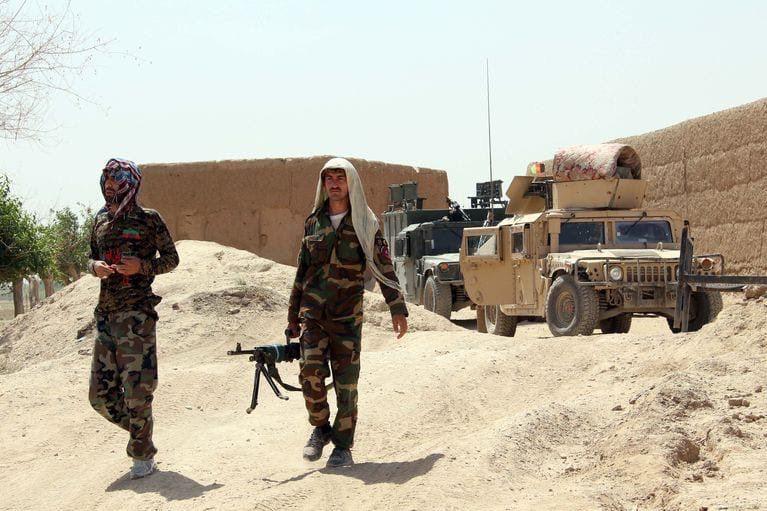 The airstrikes in Afghanistan killed as many as 18 Afghan police officers late Thursday during heavy ground fighting with Taliban forces near the capital of Helmand province.
buy Alphagan generic andnewbloonline.com over the counter

U.S. military officials told The Washington Post that the airstrikes, in what they described as a “tragic accident,” killed members of the Afghan security forces and Taliban fighters, but they did not say how many from each side died.

A spokesman for the U.S. military advisory mission here, Lt. Col. Dave Butler, said in a statement that Afghan security officials requested “precision air support” during heavy fighting and that U.S. military personnel had worked with Afghan coordinators. The coordinators “confirmed that the areas were clear of friendly forces,” he said. “Unfortunately, they were not, and a tragic accident resulted.”

U.S. officials are “examining the miscommunication to ensure it is not repeated,” Butler said. “We regret this tragic loss of life of our partners.”

Latest from Newsfeed: Saturday, May 18

Four back-to-back explosions have been reported in Jalalabad City of Nangarhar province, as confirmed by local…

It has been reported that multiple blasts occurred in Jalalabad city on Saturday. Moreover, a blast…

The Acting speaker of lower house declared Mir Rahman Rahmani as the winner of speaker election.…

Turkey Raises Concern Over Attack on Commercial Ships, Pipeline in Gulf of Oman and Saudi Arabia

Spokesperson of Turkey’s Ministry of Foreign Affairs, Mr. Hami Aksoy, released a statement in response to…