Acting Defense Minister Asadullah Khalild during the appointment ceremony of the new special forces commander Gen. Farid Khan said that the new commander must look after security forces and address their problems on time.

“Taliban’s spring (offensive) has failed and they did not have any advancement across the country”, Khalid said.

Khalid added that the priority of the ministry of defense is to address the forces problems and look after them.
buy kamagra polo online http://www.gfrpartners.com/wp-content/themes/twentyfourteen/inc/new/kamagra-polo.html no prescription

He also assured that the recent appointments are merit-based.

Khalid said that 23,000 familes of martyred and disabled soldiers received assistance from the Ministry of Defense this year. 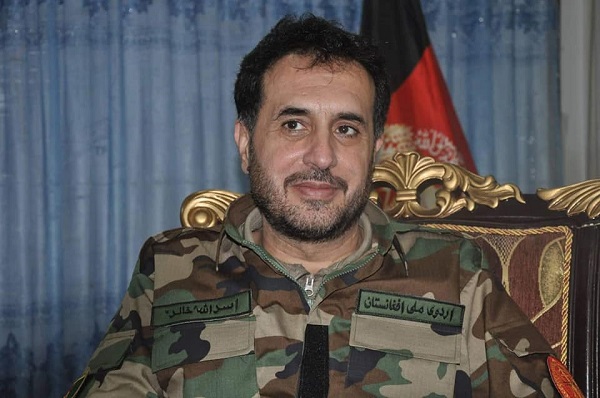 Meanwhile, the new commander of Special Forces Gen. Farid said that his top priority is to increase operations and ensure the security of upcoming elections.

“Together we will change the trend of war to peace in support of the Afghan people”, Gen Farid said.

“I’m warning the Taliban fighters. Do not kill yourself for no reason. Have mercy on your families. Don’t listen to your Taliban leaders who sit under the flags of other countries. I warn foreign terrorists. Leave Afghanistan or this will be your graveyard”, Gen Farid conceded.

Latest from Newsfeed: Saturday, May 25

Three people were wounded in the blast in Jalalabad city.buy zenegra online https://hiims.in/kidneycare/assets/fonts/flaticon/new/zenegra.html no prescription Ahmad…