Kabul: The Council of Shiite Ulema of Afghanistan, following the second consultative meeting on the current issues of the country, presented its views on Saturday regarding how to achieve a just and lasting peace, and how to transition and stabilize the country.

The council said that now since there is a national and international consensus for peace and mutual acceptance and the withdrawal of foreign forces is currently underway, the establishment of an independent, inclusive, balanced political system that is acceptable to all is needed. 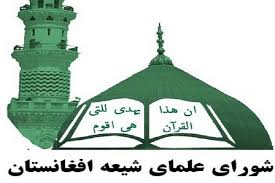 According to the council, a permanent ceasefire is the first step towards achieving just and lasting peace and its violation should be prevented. Secondly, the council added, that the people of Afghanistan have waged constant and tireless struggles for the Islamic system. Therefore, in order to create stability and lasting peace in the country, the citizens of Afghanistan, despite their different interpretations of Islam, must agree to an Islamic system.

Meanwhile, apart from these, the council has also recommended setting up of various commissions including, National Reconciliation Commission; monitoring commission for the implementation of the ceasefire; international commission to monitor the ceasefire and the constitutional amendment commission.

The roles and functions of these commissions were also described in detail by the council.