Kabul: The Afghan Civil Society and Human Rights Network and a number of Afghan activists in Germany and the Netherlands gathered in front of the International Criminal Court in The Hague on Friday to seek prioritization of investigation by the ICC into the attack on the Sayyid al-Shuhada school in western Kabul.

Their resolution stated that ICC should investigate attacks on ethnic-religious minorities on priority and that targeted attacks on human rights defenders, which play an important role in promoting and defending human rights values, also be reviewed.
buy cipro online https://hospitalchiriqui.com/wp-content/themes/twentytwentythree/assets/fonts/inter/txt/cipro.html no prescription

According to the resolution, war crimes against humanity, repeatedly committed against Afghan citizens of various ethnicities (Hindus, Sikhs and Hazaras), are systematic and targeted attacks and constitute genocide. 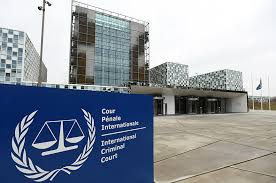 The resolution emphasizes that the approach of the ICC, including the review of the situation in the country, should be based on the fact that Afghanistan’s current problem is deep and multidimensional. Part of the resolution states that investigations by the International Criminal Court into what constitutes war crimes and crimes against humanity in Afghanistan are not political and that the criteria for detecting crimes in the International Criminal Court should not be double.

On May 8, the Sayyid al-Shuhada school in western Kabul was targeted by terrorists. About 90 people were killed and more than 240 others were injured in the attack.