Kabul: During a press conference by the top security brass of Afghanistan on Saturday, Ahmad Zia Siraj, the director general of National Directorate of Security (NDS), said that the main culprit behind the attack on the Sayyid al-Shuhada school in Kabul will soon be identified.

Siraj requested the public to give the officials some time to identify, arrest and punish the perpetrators of this deadly attack, adding that no one had been arrested so far. On May 8 at least 90 people were killed and over 240 others were wounded after explosions hit the western Kabul school. Most of the victims were female students of this school.

On the other hand, Siraj said that they have achieved progress in the Logar attack and that the detainees belonged to the Haqqani network. The NDS chief said that the Taliban were waging a strong propaganda war and attacking areas that caused misunderstandings between the government and the people.

Regarding the security plan for western Kabul, he said that the whole of Afghanistan is facing a security problem and a nationwide plan will be launched for the whole country, especially Kabul.

Siraj also stressed at the meeting of senior security officials that relations between al-Qaeda and the Taliban are very deep. According to him, the two networks have established strong relations and it is not easy to break these relations. 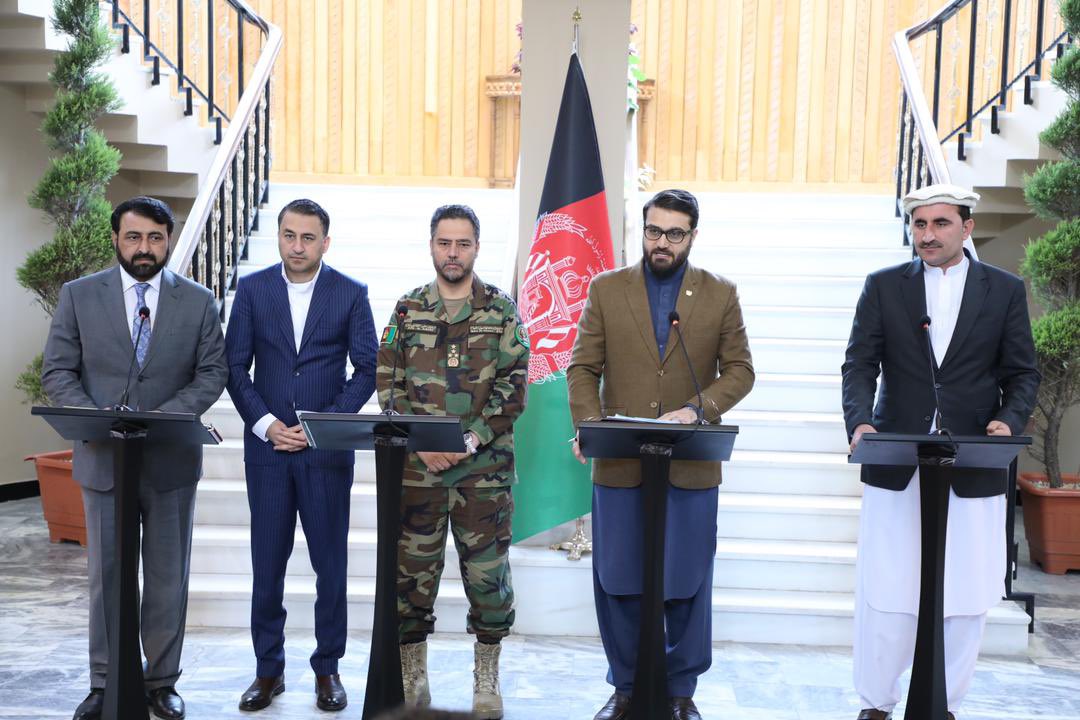 Meanwhile, on Pakistan cutting off ties with Kabul, Hamdullah Mohib, the national security adviser, said that severing ties with Pakistan has little effect because the two countries have not had good relations in the past.

Referring to the attack on the school and in Logar, Mohib added that such attacks did not indicate a good relationship. Instead of cutting ties with Afghanistan, he said, the Pakistani government should cut ties with terrorist groups in the region to prevent the killing of Afghan citizens.

He added that Pakistan’s involvement in Afghanistan is not hidden from anyone, but we seek to resolve this issue through diplomatic cooperation. “Our request to the Pakistani leaders is to really stop killing Afghans, because they have always promised, but they have not acted,” he said. “Now we all know who is behind this war,” he said.

However, Mohib also said that what had been reported in the media regarding Islamabad cutting ties with the NSC office, had not yet been officially announced to the Afghan government. “Pakistan is not expected to take such non-diplomatic action, but if it does, our diplomatic authorities will respond,” he said.

Referring to the peace process, he noted that the key issue is the establishment of peace. “We are ready to hold a meeting with the Taliban and our negotiating team is in Doha and some of them are inside the country,” the President’s National Security Adviser said. “We are in favor of dialogue and peace, but the Taliban are thinking of winning the battlefield,” he added.

Meanwhile, due to the rising violence and health concerns, Kyrgyz elders have warned that they will leave Afghanistan if their problems are not addressed.

Kyrgyz elders arrived in the provincial capital of Badakhshan from the Pamir Mountains on Friday to discuss their problems with Afghan Minister of Tribal Affairs Mohibullah Samim. They say they have traveled for 15 days and walked for seven days to meet with the Minister of Borders and Tribes. Earlier, local officials in Badakhshan confirmed that 44 young Kyrgyz had left Kyrgyzstan after receiving citizenship.

Following the news, Afghan Minister of Borders and Tribes Mohibullah Samim traveled to Badakhshan and met with Kyrgyz elders, promising to address their concerns. Rising maternal mortality rates in recent years have raised concerns among Kyrgyz people about their extinction in the country. The main problem of the residents of Pamir Badakhshan is the lack of health and education services, the lack of jobs and agricultural fields in their place of residence.

A Kyrgyz elder told Samim that they love their land, but must decide to save their next generation. According to him, if their problems are addressed, they are ready to continue their life in the foothills of the Pamir of Badakhshan in order to preserve the cultural originality, otherwise they will have to leave their country.

Samim said that he would present the problems and grievances of the Kyrgyz minority to the President. The Kyrgyz are one of Afghanistan’s ethnic minorities living in the foothills of the Pamir Mountains near the Chinese border. The last point in the northeast of this country with an altitude of more than 4,000 meters above sea level.