Two months after the attack on a Kabul gurudwara that killed 27 people, the victim’s relatives continue to live in fear of another attack.

The Islamic State (IS) had claimed responsibility for the attack on the Gurdwara Har Rai Sahib in Shor Bazar of Kabul. The minority Sikh community, just a little over 600 people, was shaken by the brutal gunning down of worshippers at a place of worship.

Inderjit Kaur, who lost her husband and two brothers in the attack, told The Indian Express she was more afraid of attacks than Coronavirus. “We are still very scared.”

Kaur’s family of seven has been staying in a room inside Central Gurdwara Dashmesh Pita Sri Guru Gobind Singh ji Singh Sabha Karte Parwan Kabul. Living in such close quarters also puts them at a higher risk of infection. “I just want a safe life for my children. We want to move to India as soon as possible. Please take us out of here.”

As COVID-19 spread across the country after the March 25th attacks, families who had applied for a visa to travel to India, faced delays in approval. Soon international travel was stopped. Many took refuge in other gurudwaras. They have now sent written appeals to the Indian Embassy. 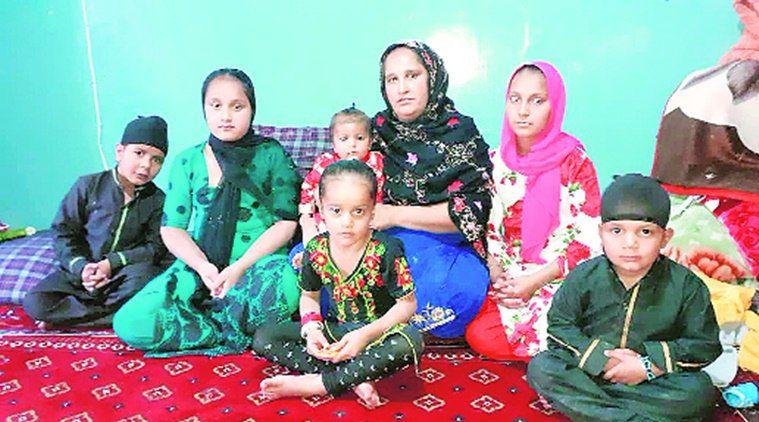 Many Sikh families in Afghanistan have been sheltered by gurudwaras since the Mujahideen took over in 1992. The situations worsened after the March attacks with 9 to 14 people sleeping in a single room.

Parmjit Kaur’s family has also been staying at Karte Parwan Gurudwara where she shares a single room with eight other people – including her deceased sister’s four children. “At least fifty people use same washroom. Our life has been ruined,” she told The Indian Express.

“We know that coronavirus can spread here anytime and if one gets it, all will infected because we are together almost entire day but we do not have any option. We cannot afford to pay rent for rooms outside. We do not have our own house. We are scared of another attack and coronavirus both, but fear of another attack is always bigger,” said Kaur.

Community leaders in Afghanistan said they are waiting for the lockdown to end in India before arranging for an international flight. They expect the families who lost their members in the March attacks to be evacuated first.

In the past 24 hours, 866 new Coronavirus cases – the highest in a single-day since…