Pakistan’s Adviser to Prime Minister for Commerce and Investment Abdul Razak Dawood took to Twitter announced the development on social media and called it a win for both countries.

“The cargo ship SIBULK TRADITION has berthed at Gwadar, carrying 16000 Tonnes of urea for Transit to Afghanistan. This is a first and marks the beginning of a new era in Pakistan’s trade by sea,” he tweeted.

Afghan Ambassador to Pakistan Atif Mashal appreciated Pakistan’s efforts on Twitter. “This will certainly have a positive impact on Afghanistan-Pak trade & transit ties. We must extend support to each other for revival of commerce & connectivity in Central and South Asia that will surely benefit people in the region.” 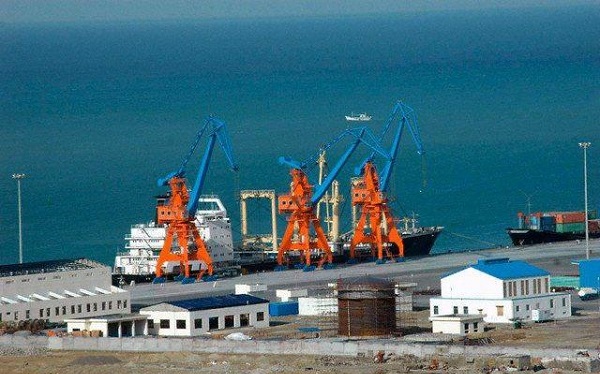 Khan Wali Khan Basharmal, Deputy Chief of the Administrative Office of the Afghan President, also called it a landmark. “We support this initiation and consider it a promising step towards regional connectivity. Afghanistan is an opportunity not a battlefield for the region.”

Pakistan’s strategically located Gwadar port, managed by China Overseas Port Holding Company, will now allow Afghan traders to import bulk cargo of wheat, sugars and fertilisers by sea. From the port, a land route would be taken to send the cargo across to Afghanistan in sealable trucks. This will boost bilateral and economic ties between the two countries.

Goods through Gwadar port have to pass through a much shorter overland route when compared to Iran’s Chabahar port which is being developed by India to ship its cargo to Afghanistan.

The transhipment commenced under the Afghanistan-Pakistan Transit Trade Agreement-2010.