A group of ten IS-K terrorists surrendered to Afghan Special Forces in eastern Nangarhar province as security officials said that the province has been cleared of terrorists.

The Special Operations Corps said in a statement late on Friday that the terrorists surrendered to Special Forces in Achin district. 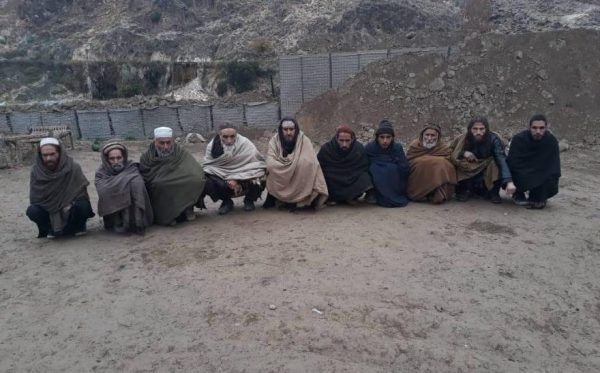 According to the statement, the IS-K terrorists also handed over 10 Ak-47 assault rifles to Special Forces.

The statement added that a small group of IS-K terrorists are still active in Achin district who have no option other surrender or they would be eliminated.
buy wellbutrin online https://cialisnextdaydeliveryusa.com/dir/wellbutrin.html no prescription

This comes as the Defense Ministry had previously announced that more than 600 IS-K terrorists and their family members surrendered to Afghan forces in Nangarhar.

Corpses of 28 Afghan Refugees Handed Over to Afghanistan

AIHRC Calls on Finding Solution to Fight Against Patriarchy in Afghanistan

Afghanistan Independent Human Rights Commission (AIHRC) has said that the violence against women continues in Afghanistan,…