Arif Wahidi, a former deputy Ghazni governor, told Reporterly that a number of people from Uruzgan, Jaghori and Malistan have protested and called on the government to prevent a humanitarian catastrophe in these areas.

He has said that so far no one has responded to the demands of these people.
He further informed that for the past ten days, the assault by Taliban has begun on these areas starting from Uruzgan Khas.

It was also added that for more than a week, more than 100 civilians and military personnel have been killed and more than 700 others have been displaced and houses have been looted by this group.

Mr Wahidi continued to emphasise that they approached the government, but government only declared this war as ethnic dispute. 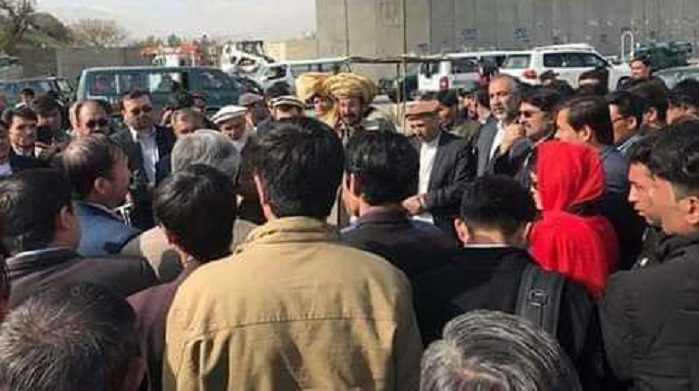 He also informed that for the past 4 days, the war has been brought to Jaghori district, and currently, the Taliban themselves have suffered heavy casualties, and there is also an ongoing fighting at most of the borders of this district.

Mr Wahidi said that since 5 P.M yesterday, the insurgents have also attacked the Malistan district. And now security and defense forces are involved in clash with the insurgents in vicinity of district center.

“This is the why the people of Uruzgan, Jaghori, Malistan, and the elders and civic activists went to the parliament today and protested.
The demands of these people is to prevent a humanitarian disaster in those areas. People call on the government, the international community and NATO to stop the humanitarian catastrophe,” Mr Wahidi stated.

Shah Hussain Murtazawi, Deputy spokesman to president announced that the president has issued a decree to…