The Presidential Palace on Saturday stated that the President, while on his trip to Bamiyan province inaugurated the Doshi-Bamiyan road construction project accompanied with second VP, Sarwar Danish and a number of ministers.

At the ceremony, Yama Yari, the minister of public works, said that “the Doshi-Bamyan road is 25 kilometers long, costing $ 27 million. A total of 28 projects are underway in the Bamyan province, with a total cost of over 20 billion AFN, which will be implemented during the current year and in the coming years”.

The Minister of Public Works said that the projects are one of the largest investments of the National Unity Government in Bamiyan province, with the aim of eliminating the geographic prison and interconnecting within domestic and the regional markets.

The statement added that the president spoke and congratulated the people of Bamyan province on the inauguration of Doshi-Bamyan road construction, saying that the central Afghanistan would become the beating heart of Afghanistan, instead of being an isolated point. 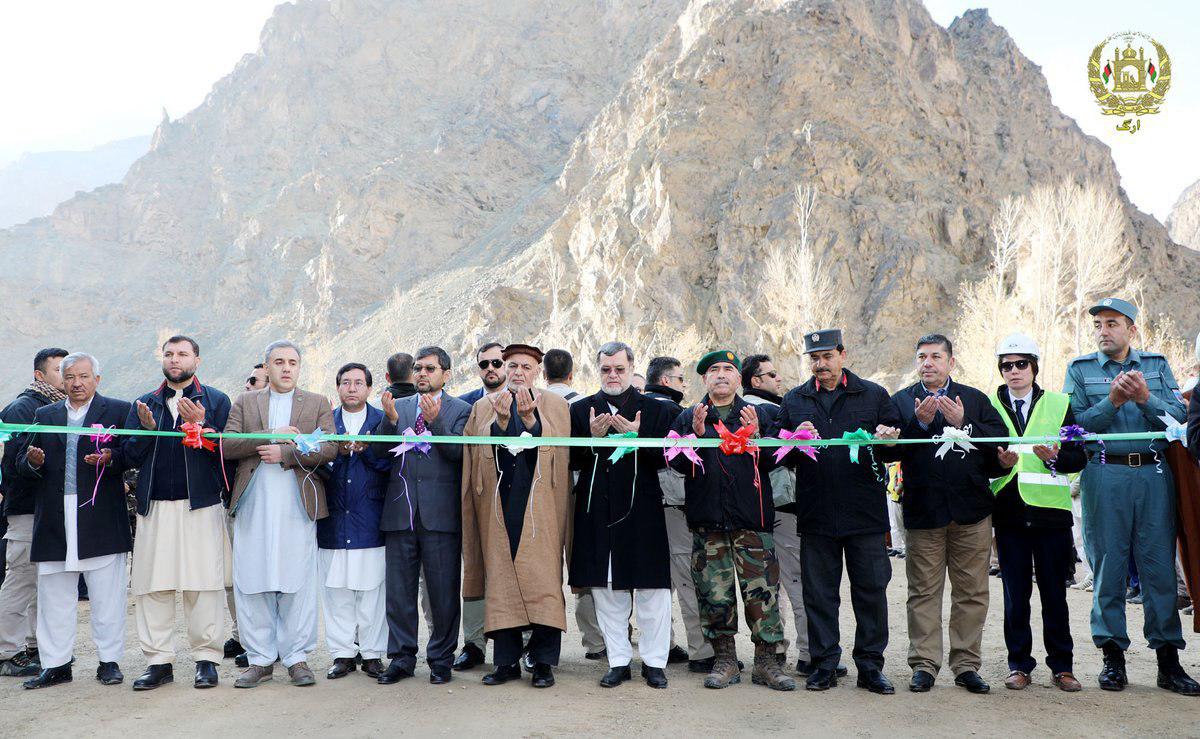 The president also pointed out that the importance of the Doshi-Bamiyan road is that it is an alternative to Salang road, because Salangs need a major reconstruction, and this road will connect Central Afghanistan to the Northeast Afghanistan and then Central Asia.

President Ghani said that these fundamental corridors, guarantee the “national unity, on the one hand, and the create a national economy on the other, linking all of Afghanistan together and providing our connection as a point of contact between Central and South Asia.”

The President directed the Ministry of Public Works to implement the projects in a timely manner and take them seriously.

Additionally, it was stated by Shah Hussain Murtazawi, the deputy spokesman to president that the president issued a decree to create a military unit holding up to 443 personnel. The task is to provide security inside the Bamiyan province, the security of road construction projects and to launch operations. The National Army will provide arrangements for the deployment of this unit.

Shah Hussain Murtazawi, Deputy spokesman to president announced that the president has issued a decree to…