The CIA of US has conceded that Saudi Crown Prince Mohammed bin Salman had ordered the assassination of journalist Jamal Khashoggi in Istanbul, as per US media sources on Friday. This is contrary to the claims of non-involvement by the Saudi government.

According to the Washington Post, US officials have expressed confidence in the CIA assessment. 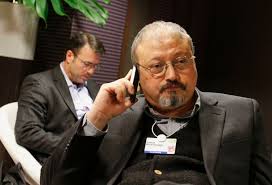 Jamal Kashoggi was a well renowned journalist from Saudi Arabia. He was a columnist for the Washington Post. He was mysteriously declared missing when he entered the Saudi embassy in Istanbul and never found to be exiting.

Washington Post has covered the findings of CIA: “The CIA has concluded that Saudi Crown Prince Mohammed bin Salman ordered the assassination of journalist Jamal Khashoggi in Istanbul, US media reported on Friday, a finding that contradicts Saudi government assertions that he was not involved. According to the Washington Post, who first reported the CIA conclusion, US officials expressed high confidence in the CIA assessment, which is the most definitive to date linking bin Salman to the killing and complicates President Donald Trump’s efforts to preserve ties with one of the closest US allies in the region.”