A Group of 7 Kidnappers Arrested in Kabul

The National Directorate of Security (NDS) arrested a group of seven kidnappers in the capital Kabul and rescued two individuals from their captivity, a statement from the spy agency said Saturday.

The statement from NDS received by Reporterly said the kidnappers were arrested during an operation from Ghara Bagh district of Kabul. 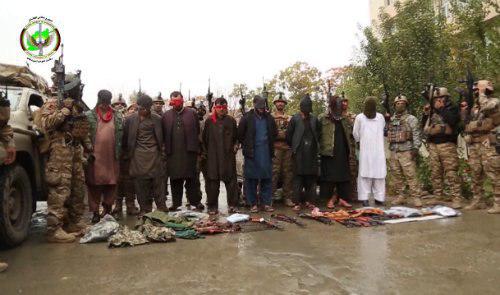 Three Kalashnikovs were also seized from the kidnappers, the statement said.

It further added that one of the freed individuals is one of the money exchangers in Kabul city named Alam Zib who was kidnapped last week from Kabul-Parwan highway.