MoFA in a press release said that the Acting Foreign Minister welcomed the four countries’ ambassadors and wished them success in their new missions. 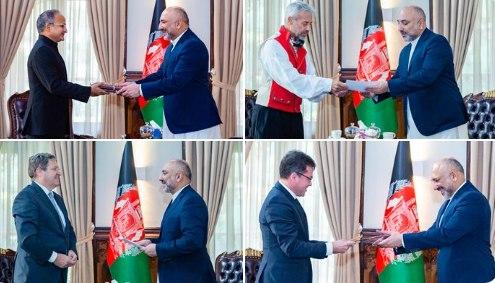 According to the press release, Haneef Atmar had separate meeting with the four ambassadors and exchanged views on the further expansion of relations between Afghanistan and the four countries.

“While declaring their support to the Afghan peace negotiations and democratic achievements, including women’s rights and human rights, in the two past decades in Afghanistan, the incoming ambassadors emphasized on further strengthening bilateral relations during their tenure,” the press release added.