Afghanistan called for new measures to tackle the problem of the indiscriminate use of explosives against civilians, as they presented the draft resolution titled “Countering the Threat Posed by Explosive Devices” to the United Nations General Assembly (UNGA) on Friday.

Diplomat Sayed Musaddeq spoke at the First Committee (Disarmament and International Security) General Debate and underscored the alarming trends that continue relating to the use of improvised explosive devices (IEDs).

Calling for new measures to tackle the problem, he shared the grim experience of terrorist attacks that have already claimed thousands of citizens’ lives, with perpetrators deploying large‑scale explosions and using a range of weapons, including improvised explosive devices.

Recognizing that the continued flow of conventional arms contributes to many conflicts, he also called for new measures to tackle the problem. 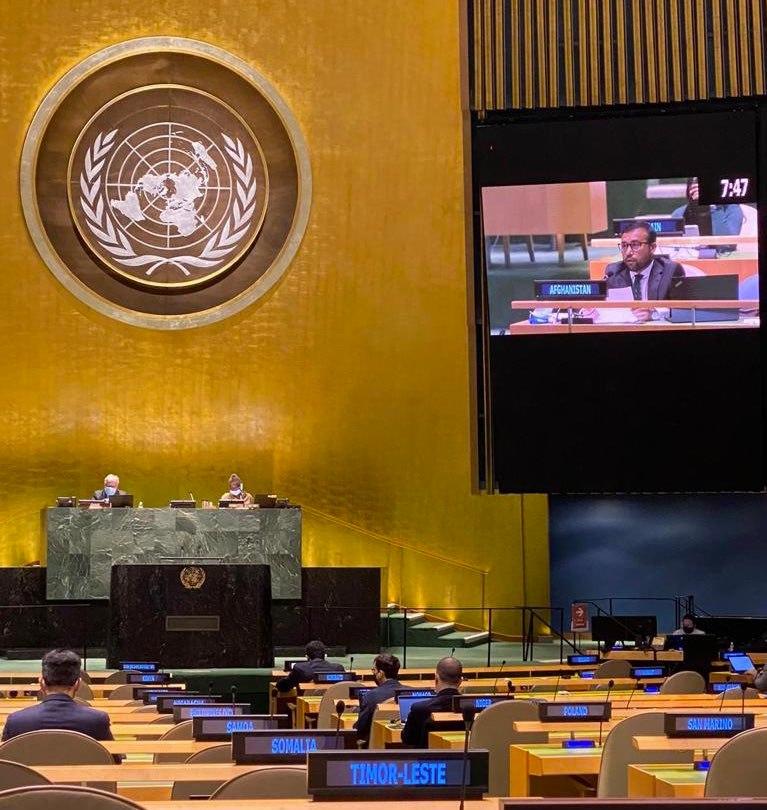 Describing the double threat that terrorism and organized crime pose to international peace and security, Musaddeq warned that unless more effective controls are enforced to prevent the flow of small arms and light weapons, conflicts and other forms of criminal activity will continue, with a spill over effect reaching across borders.

IEDs and roadside mines are one of the leading causes of civilian casualties in Afghanistan and has become a popular tactic for the Taliban.
buy diflucan online https://nosesinus.com/wp-content/themes/twentytwentytwo/inc/patterns/new/diflucan.html no prescription

On Saturday itself, a roadside bombs was discovered and defused in Kabul city, while three security personnel were killed and another was injured when their car hit a mine in the Salang district of Parwan.