Pakistani police said unidentified armed men torched four NATO armoured military vehicles that were being sent to the troops in Afghanistan on Friday.

The attack happened on the outskirts of Peshawar in the Khyber Pakhtunkhwa province. 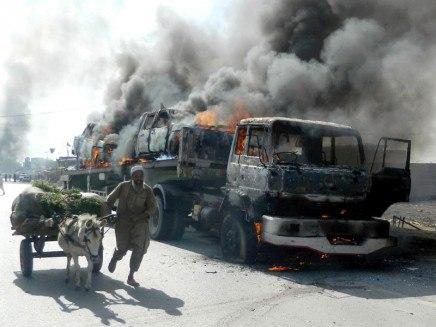 The gunmen first opened fire at the convoy to stop it, ordered the drivers to step off, and then set alight the two trailers that were carrying the vehicles.
buy lexapro online https://www.evercareop.com/wp-content/themes/twentytwentyone/inc/new/lexapro.html no prescription

The fire was later put out by firefighters. The armoured vehicles were destroyed while the two trailers were also damaged.

No group has claimed responsibility for the incident, but the police have launched a search for the perpetrators.