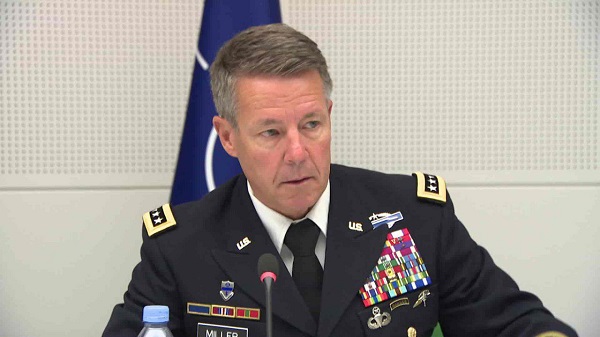 He emphasized that NATO’s partnership with Afghanistan remains strong and the alliance’s recent meeting reaffirmed its commitment to its mission in the country.

He added that the ministers discussed also about Afghanistan peace process.

In the meantime, the US ambassador to NATO Kay Bailey Hutchison also declared that she met with Resolute Support Mission Commander Gen. Miller.

“We all agree the best way to achieve peace in Afghanistan is through an enduring political settlement,” Hutchison said.