The Former US ambassador to Afghanistan, Ryan Crocker says the U.S. does not have to turn into a defeated country in Afghanistan, urging the White House to stop the ‘rush for the exits.’

The U.S. reportedly has begun, quietly, to reduce its military presence in Afghanistan.

“If the administration fails to maintain a responsible, measured approach, sustaining our support for the Afghan people and protecting American interests, the consequences could be severe: increasing both instability in South Asia and the Islamist threat globally,” Crocker said. 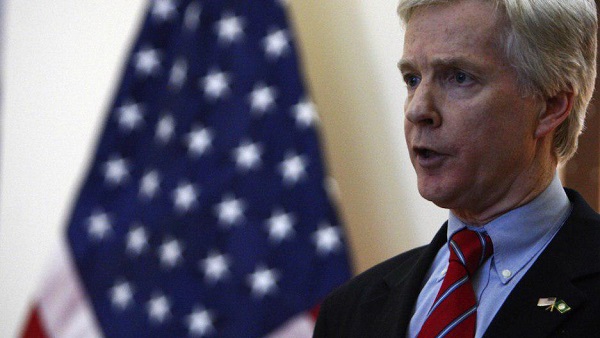 “Afghanistan is much more important to US than Syria. Afghanistan is no Syria. Yes, Syria is a mess, too. And the Turkish incursion there has only made matters worse. Afghans need American troops.”

He stressed that whatever happens at the negotiating table, U.S. national security interests require that US keep a right-sized military presence in Afghanistan.