Pakistan’s President Dr Arif Alvi has said that Pakistan wished to see a stable and prosperous Afghanistan as both the countries enjoyed historic fraternal ties.

In a meeting with President Ashraf Ghani on the sidelines of Non-Aligned Movement Summit in Baku, Azerbaijan, the two leaders exchanged views on various issues of mutual interest including peace and security in the region, and cooperation in development and connectivity projects, Pakistan’s President House statement said. 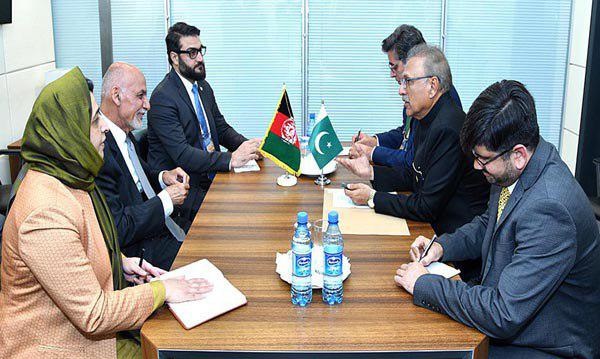 Pakistan’s president expressed the hope that bilateral relations would further gain momentum in the upcoming years.

President Alvi said that Pakistan had been hosting more than four million Afghan refugees over the last four decades and the country had always emphasized for their return in a dignified and honorable manner.