The NATO Senior Civilian Representative in Afghanistan Ambassador Nicholas Kay called the unanimity within the NATO defense ministers on Afghan mission as ‘impressive’.

After the conclusion of NATO defense ministers meeting on Afghanistan in Brussels, Nicholas Kay in a press conference told reporters, “Let me say I was really impressed and struck by the strong unanimity within the defense ministers.” 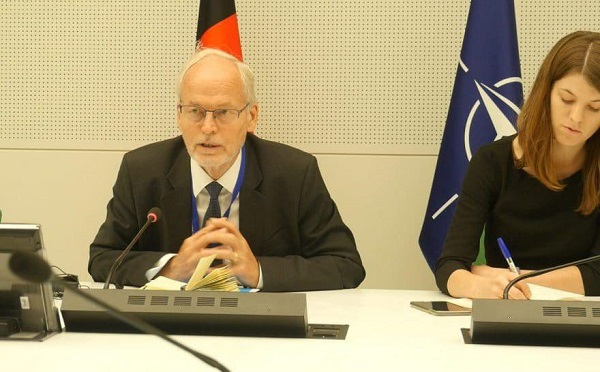 “I am very struck by everybody repeating that the NATO mission is conditions based”, he added.

This comes as the NATO Secretary General Jens Stoltenberg at the Brussels said the NATO’s support to Afghanistan remains “steadfast”.

“Our support to Afghanistan with both forces and funding remains steadfast. NATO has supported the US-led peace talks, and we would welcome if they were resumed but the Taliban have to make real concessions and show real willingness to reduce violence,” Stoltenberg said at the second day of NATO defense ministers meeting in Brussels.

Stoltenberg added NATO will continue to support the Afghan security forces as they fight international terrorism and create the conditions for peace.