US Navy SEAL-turned-congressman Rep. Dan Crenshaw (R-Tex.) believes the United States should maintain a permanent military presence in Afghanistan similar to bases in former war zones such as Germany, Japan, and South Korea in order to prevent terrorist groups from plotting the next 9/11-style attack on U.S. soil.

Speaking at a veterans workshop hosted by Rep. David Trone (D-Md.) in Frederick, Maryland, the Texas Republican has said policy-makers must first do a better job of explaining to the American public what its objectives are in Afghanistan. 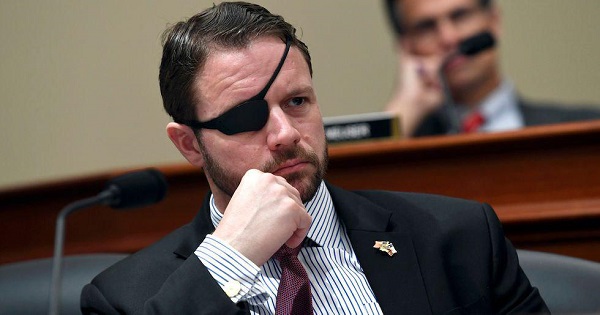 “We’re not explaining that if we let our enemies have the operational space they will commit another 9/11,” Crenshaw said. “This will happen. If we vacate Iraq in 2011 you will get ISIS. I’m worried about Syria at this point as well. We are leaving a small contingent of special operations forces there it sounds like. That’s important.”

The former SEAL said the U.S. needs to keep talking with the Taliban to accomplish its mission in Afghanistan. First, Crenshaw said, policy makers need to be clear on what that mission is.

The congressman, who lost his right eye after being injured by an IED blast during a 2012 deployment to Afghanistan, said that he favored an ongoing troop presence similar to other large U.S. military forces left stationed around the world in the aftermath fo World War II.

“We’re not still in World War II and yet we’ve had troops in Germany and Japan ever since then,” he said. “No one says that we’re still fighting the Korean War, but we never left. So why is public opinion different there? It doesn’t really make sense and we haven’t done a good job explaining that part of the debate to people.”